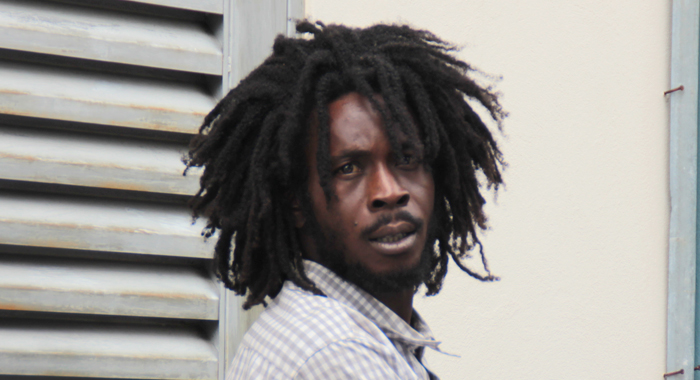 A St. Lucian man was on Monday given a choice between paying the court in St. Vincent EC$8,500 or spend nine months in prison for marijuana possession.

The man, Amir St. Omer of Gros Islet, St. Lucia, was nabbed in the Richmond mountains on Saturday by police officers who were on mountain patrol.

The fine was handed down when St. Omer appeared before Chief Magistrate, Rechanne Browne-Matthias at the Serious Offences Court in Kingstown.

He pleaded guilty to the drug possession charge.

The court heard that police officers were on patrol in the Richmond mountains when they saw St. Omer sitting on a grey bucket outside a hut.

He was smoking what appeared to be a marijuana cigarette.

Police ordered him not to move and proceed to search his person and the hut.

Nothing illegal was found on Omer’s person, but the search turned up the marijuana in a grey bucket and a sack.

“I working with a man name John,” St. Omer told the police officers when the drug possession offence was pointed out to him.

The fine was not paid by the time the court adjourned on Monday.