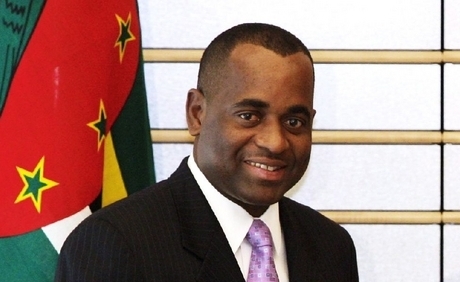 St. JOHN’S, Antigua (CMC) — The Dominica government was severely critical of the regional airline, LIAT and that probably led to the resignation of the airline’s chief executive officer, David Evans.

Evans, who joined the airline in 2014, earlier this month tendered his resignation, following what informed sources said was a “stormy board of directors meeting” in Barbados on Thursday.

Evans assumed the chief executive responsibilities from Julie Reifer-Jones, who had been acting CEO since the resignation of Captain Ian Brunton in September 2013.

Prime Minister of Dominica, Roosevelt Skerrit, in a strongly worded April 8 letter to Evans complained about the treatment meted out to passengers travelling to and from Dominica.

“Permit me to express my utter disgust at the shabby manner in which the Commonwealth of Dominica is being treated by LIAT. There appears to be an awful negative attitude towards Dominica by senior personnel in LIAT and I am warning now that this must stop,” Skerrit wrote.

Senior Counsel Anthony Astaphan, who is also a Dominica government spokesman, read out the contents of the letter on a radio station here.

In it, Skerrit said he was writing after the cash-strapped airline cancelled one of its two flights into Dominica on April 8.

“My information is that LIAT 581 was cancelled this morning due to a shortage of crew not to operate this flight but the actions of crew to operate another flight, namely the 771 destined for St. Lucia and on to Barbados.

“What would possess someone to remove the first officer from the Dominica flight and remove them to another causing the cancellation of the main flight into Dominica … is beyond my imagination,” Skerrit wrote.

He said the cancellation of the flight affected 47 passengers who could not be accommodated on a later flight, since it was full.

Skerrit called for an urgent board meeting and an investigation into the scheduling arrangements for Dominica.

“While I am at it I am still at a loss to understand why and how it is that Dominica is not served by a south bound flight at any time of the day. This brings about a ridiculous situation where every passenger leaving Dominica on LIAT must fly south to Antigua and connect to Barbados, St. Lucia or elsewhere.

“This is geographical genocide. It makes absolutely no sense to fly over Dominica half empty and my people being asked to spend unnecessary long hours and connecting through Antigua. Please investigate today’s incident as well as the existing and unsatisfactory overall scheduling of flights to Dominica”.

Last week, the LIAT board said it had accepted Evans’ resignation.