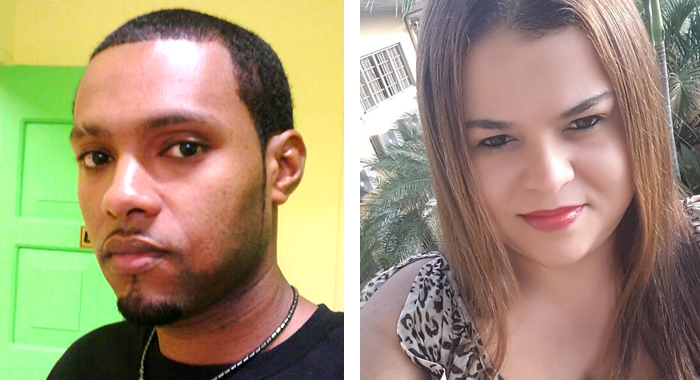 Veron Primus, left, has been charged with the murder of businesswoman Sharleen Greaves, right.

Police on Thursday charged Vermont resident Veron Primus with the murder of real estate agent Sharleen Greaves, whose body was found on Nov. 13, 2015 with multiple stab wounds at her office in Arnos Vale.

The 29-year-old unemployed man is charged with causing the death of Greaves between Nov. 12 and 13, 2015, at her business place, Bijou Real Estate agency, at Arnos Vale.

Greaves, a 36-year-old resident of Calliaqua, was discovered shortly after 9 a.m. on Nov. 13, 2015, with multiple stab wounds about her body.

She was pronounced dead at the scene.

Primus was initially taken into police custody on Friday as detectives launched an investigation into an alleged abduction in Vermont.

Vermont resident Mewanah Hadaway, 24, has told police that she was held captive at a house in the South Leeward village from Jan. 1 to last Friday, April 15, when she was found in the house as police responded to a report about the alleged abduction.