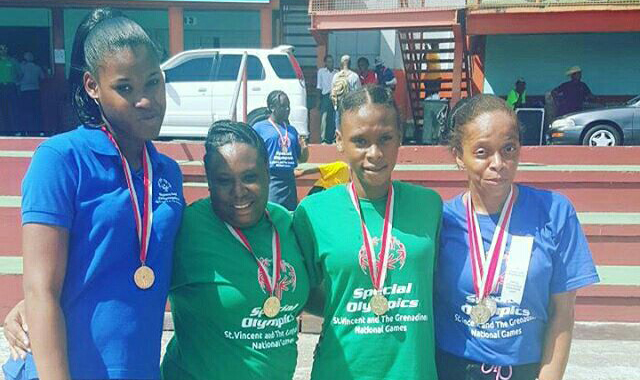 As a show of its continued commitment to assisting persons with disabilities and special needs in St. Vincent and the Grenadines, Digicel St. has again thrown its support behind the local National Special Olympics Games.

The 2016 National Special Olympics Games were held last Thursday and Friday at Victoria Park and featured a number of children and young adults, who competed in a series of games and races.

Speaking at the opening of the Special Olympics Games, Country Manager of Digicel SVG, John Gidharry pledged his company’s unremitting assistance to persons here with disabilities and specials needs.

Gidharry explained that the Chairman of Digicel, Denis O’Brien is extremely passionate about ensuring that persons with special needs live a normal life as possible.

Gidharry added that before Digicel came to SVG in 2003, the company financed special needs and disabled persons in the country to attend the World Games in Ireland and has continued to assist such persons here over the past 13 years.

He also highlighted that Digicel played an integral role in sending a contingent to the World Games in California in 2015, which saw SVG returning with a total of 21 medals, including 4 gold.

Meanwhile, Digicel’s Marketing Manager, Danielle Cupid said the outstanding performances by the participants in the 2016 Special Olympics Games serves as an indication that “we are all champions in our own way”.

Cupid said Digicel is extremely pleased to be associated with the games for another year, which saw the company assisting in various ways, including providing a water tent which ensured the athletes were kept hydrated.