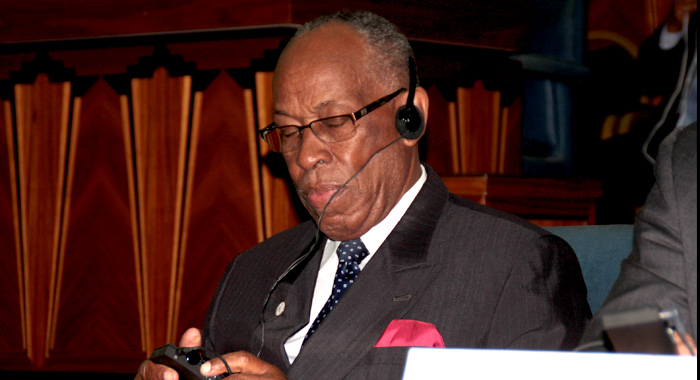 DAKAR, Senegal (CMC) — Senegal on Tuesday urged the African continent to ratify the regional Economic Partnership Agreements (EPA) with the European Union, even as one Caribbean Community (CARICOM) country is expressing regret as having done so.

Addressing the opening of the 103rd Council of Ministers meeting of the African, Caribbean and Pacific (ACP) states, Senegal’s Prime Minister Mohammed Dionne urged African countries to ensure that the agreement is signed by the October deadline.

“I hope that the ratification process relating thereto will be completed before the term agreed in October this year,” Dionne said.

“I would encourage our various parties to finalise the ongoing discussions on the risk of compromising the relevance of some provisions of the Cotonou Agreement related to its duration and possible revision, given its expiry in 2020.

“It is the same on the development dimension of the EPA through which the resources to finance the fiscal compensation arising from the induced effects of liberalization have yet to be adequately explained.

“In addition, our partnership with the EU, rich and diverse, should further support the common concerns on migration and the recent Summit of Villette has set milestones reflecting, at fair value, needs a continuous dialogue on migration and mobility,” the Senegalese prime minister said.

However, earlier, St. Vincent and the Grenadines’ Deputy Prime Minister, Louis Straker, said that if given a second chance, his country would reconsider its decision regarding the EPA.

Straker, who is also the Minister of Foreign Affairs and Foreign Trade, told a Ghanaian journalist on the sidelines of the conference, that the European Union pressured the Caribbean region into signing the EPA.

“We had no choice. The European Union held a gun to our head and said you must sign,” Straker said, noting that the EU essentially told the Caribbean that if it didn’t sign, it would be shifting its focus to Africa, which has a bigger market, and that it would not wait on the Caribbean grouping.

“So we thought we’d go ahead and sign it. We signed it maybe about six years ago. We had no choice, really, because they put a lot of pressure on us to do the signing.”

Straker said that the EPA would be helpful if his country “could get more in terms of the services.

“In terms of the produce, no. We are not very competitive in terms of the produce that would be sold on the European market because our labour cost is much higher than the various other countries that are producing the same thing. Although we have signed it … it has not been that helpful to us.”

Asked what would his country do if were given a second chance, Straker replied: “If we are going to redo it, it is because the other regions are making negotiations that what was offered to them is not really good for them. I do not know what we would do.

“What we need is a lot of technical assistance — how to facilitate trade from St. Vincent to the European Union if we can facilitate trade. But I don’t see we gaining much more advantage than what we have now,” Straker added.

The EPAs aim to promote ACP-EU trade and ultimately contribute, through trade and investment, to sustainable development and poverty reduction.

So far, only the Caribbean Forum (CARIFORUM) countries – CARICOM and the Dominican Republic – have signed and ratified a comprehensive regional EPA agreement with the EU, while a number of countries are already implementing interim EPAs individually.

Negotiations have concluded for members of the West African region, East African Community, and the Southern African Development Community–EPA Group, which are now undergoing signature processes. But outstanding issues remain for the Central African, Pacific and greater Eastern and Southern Africa regions.

Dionne noted that West African countries signed the regional EPA on the sidelines of the 46th Ordinary Session of the Conference of Heads of State and Government held in Nigeria in December 2014, a few days after the Council of the European Union intervened.

The October 1 deadline has been set by the European Union for the EPAs to be signed and ratified, otherwise countries will be at risk of losing their duty-free, quota-free (DFQF) access to European markets.

Only those termed as Least Developed Countries (LDC’s) will still have DFQF access under another scheme known as “Everything But Arms”.