2016 a ‘critical’ year for African, Caribbean and Pacific Grouping 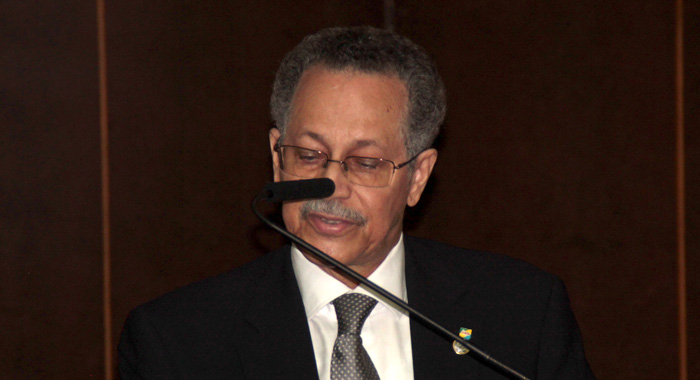 DAKAR, Senegal (CMC) — Ministers from the African Caribbean and Pacific (ACP) States began a meeting here on Tuesday with the Secretary General, Patrick Gomes, saying that this is a very important year for the 73-member grouping.

“As we look ahead, however, it would be no exaggeration to describe the year 2016 as a critical one in defining the future of the ACP group,” Gomes told the 103rd ACP Council of Ministers meeting, recalling last year that the grouping marked the 40th anniversary of the Georgetown Agreement that brought the ACP into existence.

The Guyanese-born diplomat told the meeting that ACP countries will in 2016, expected to make “definitive pronouncements regarding the future direction and structure” of the group at the eight summit of Heads of States and Government scheduled for Papua New Guinea from May 31 to June 1.

“Moreover, the presentation of the Report of the Eminent Person Group by Chief Olusegun Obasanjo of Nigeria, will mark a major milestone in our renewal and transformational.”

Gomes that that 2016 is also a significant year because the process of reflection that began in 2015 on ACP-European Union (ACP-EU) relations after 2020, will gather momentum, “with broad outlines of the aspiration and expectation from each side becoming clearer”.

He said that in order to ensure a successful summit next month and bring the ACP group closer together, the Brussels-based secretariat has undertaken various efforts including participating in regional summits, organising events at the secretariat, and holding high level engagements in Brussels and beyond.

He appealed to delegates to do their best to encourage their heads of states and government to attend the Papua New Guinea Summit.

“It is only through our collective efforts that we can ensure a successful summit,” he added.

Tuesday’s opening ceremony came after Monday’s ministerial consultation on commodities and a meeting of the Bureau of the Council of Ministers.

Speaking to the Caribbean Media Corporation (CMC) afterwards, Jamaica’s Minister of Foreign Affairs and Foreign Trade, Kamina Johnson Smith said that the grouping added to the agenda a few matters that they want to ensure are sufficiently addressed at the summit in Papua New Guinea in May.

These matters relate to the future of the ACP-EU relationship. The grouping also added youth employment to the discussion for private sector development.

Tuesday’s opening also comes ahead of the 41st session of the two-day ACP-European Union (ACP-EU) Joint Council of Ministers, which begins here on Thursday.

2 replies on “2016 a ‘critical’ year for African, Caribbean and Pacific Grouping”