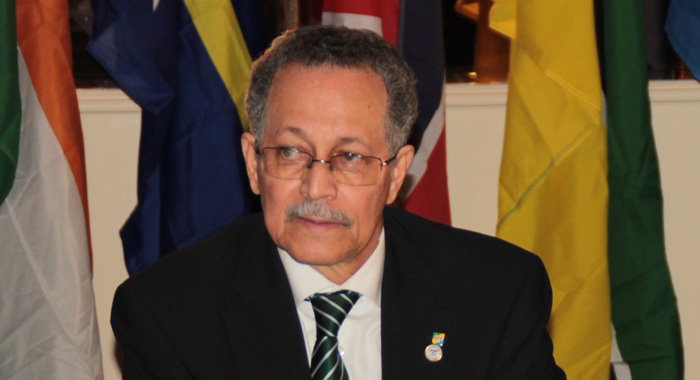 The Guyana-born diplomat, speaking at the end of the two-day ACP Council of Minister’s meeting on Wednesday, however, said it is a concern that must be addressed.

“Our emphasis is that we are provided with flexibility to ensure that the EPAs really provide a vehicle for development, to address poverty, to allow our economies to be structurally transformed to have more value addition rather than the export of raw material”.

He said the ACP trade with Europe is roughly US$180 billion, noting that there was only five per cent intra ACP trade.

“So what we are looking at is the steppingstones… To begin trading among the 79 countries with access to the trade routes, with access to the transportation, would take some time. Therefore, we have to look at where the commonalities are to exchange the areas around certain commodities,” Gomes said.

He said that has been the success in sugar, adding that 18 countries have been able to trade together and argue for certain common provision in how they deal with Europe.

“So, for now, the immediate short term attention has to be making the best out of the economic partnership agreement,” he said.

“Regarding the EPA, I do not believe it is accurate to speak about if it is working or not working,” Gomes further said, and used CARIFORUM as an example.

“Let’s look at the extent to which, particularly the CARIFORUM region, which was the first region that attempted to sign and did sign a full EPA. We have not seen that until the supply side constraints are addressed, unless we are able to have access to the European market, in the case of Europe, for our media workers, for our professional under reasonable terms, it is not working.

“But there are also avenues in which it is has continued to work, like my own country, Guyana, to some extent Suriname and Belize which trade in basic commodities of bananas and also sugar and rice. So we have to look at those provisions that were guaranteed under the EPA and we can keep them going.”

Gomes said that along with the EPA, the ACP has been able to ensure that there are measures — called the accompanying measure — to enhance productivity and competitiveness.

Gomes comments on the issue followed contrasting remarks by two prominent politicians including one from the Caribbean.

Earlier this week, St. Vincent and the Grenadines Deputy Prime Minister, Louis Straker, expressed regret that the Caribbean Community (CARICOM) and Dominican Republic — the CARIFORIUM bloc — signed an EPA with EU in 2008.

“We had no choice. The European Union held a gun to our head and said you must sign,” Straker said, noting that the EU essentially told the Caribbean that if it didn’t sign, it would be shifting its focus to Africa, which has a bigger market, and that it would not wait on the Caribbean grouping.

“So we thought we’d go ahead and sign it. We signed it maybe about six years ago. We had no choice, really, because they put a lot of pressure on us to do the signing.”

Straker said that the EPA would be helpful if his country “could get more in terms of the services.

“In terms of the produce, no. We are not very competitive in terms of the produce that would be sold on the European market because our labour cost is much higher than the various other countries that are producing the same thing. Although we have signed it … it has not been that helpful to us.”

Former president of Nigeria and Chair of the ACP Eminent Persons Group, Chief Olusegun Obasanjo, was also critical of the EPAs, saying in a media interview on Wednesday, that he doesn’t think they are good for Africa.

“I can’t speak for Nigeria. I can only speak for myself. I don’t think EPA is in the best interest of Africa. That is my position personal,” Obasanjo said when asked if he thought Nigeria, Africa’s largest economy, would sign the EPA by the October 1 deadline.

So far, only CARIFORUM nations have signed an EPA with the EU, and Senegal Prime Minister Mohammed Dionne Tuesday urged African nations to do so by October.

“I hope that the ratification process relating thereto will be completed before the term agreed in October this year,” Dionne said.

“I would encourage our various parties to finalize the ongoing discussions on the risk of compromising the relevance of some provisions of the Cotonou Agreement related to its duration and possible revision, given its expiry in 2020,” he added.