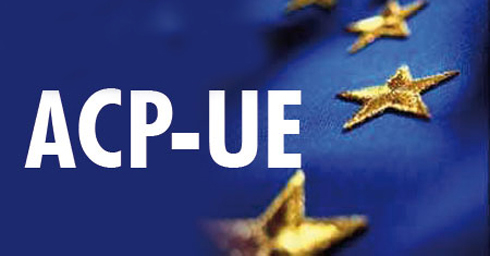 DAKAR, Senegal (CMC) — The European Union is to stop using per capita income to rate the level of development in the African, Caribbean and Pacific (ACP) region, according to ACP Secretary General Patrick I. Gomes.

Speaking at the end of the two-day meeting of the joint ACP-EU Council of Ministers, Gomes said on Friday that the 79-member grouping had been able to convince the European Union to consider using a vulnerability and development index instead.

He told reporters that the development was significant and will benefit every ACP country. Caribbean countries have long complained at the criterion used to graduate them from poor countries to middle income countries making it extremely difficult to obtain loans and other assistance at concessionary rates

“We usually have countries classified by looking simply at what is their per capita income related to the gross domestic product…” Gomes said.

“So when you have a small country like St. Kitts and Nevis, with 45,000 people and they have two major hotels and they have a very high GDP (gross domestic product) and the services from their hotel and trade and industries and you divide it, they put them into a category that is in fact middle income.

“But one hurricane or one severe bad period, and people don’t travel and tourists don’t travel, so that single indicator that was used about how vulnerable your economy is or what capacity your economy would have to be resilient to all these shocks, cannot be on the basis of the number of people in the country and what is the GDP.”

The Guyanese diplomat said that the ACP group told the EU that other factors should be looked at, including the cost of maintaining infrastructure, and the cost of healthcare for nationals.

“They (EU) agreed that we would work together and this will be breakthrough for all developing countries, not only our member states,” Gomes said, adding “so, the analysis of a resilient and vulnerability index is a good step forward.”

The development comes as the ACP seeks to hammer out a new accord that will replace the decades-old Cotonou Agreement, which expires in 2020.

Since 2000, the Cotonou Agreement has been the framework for EU-ACP relationship and Gomes said that the agreement, which is often referred to as a unique model, has shown itself to be adaptable and flexible.

“But we have to negotiate and bargain very hard. So I think we are at a transition stage in seeing now this joint council and all the ministers who came were so articulate in arguing for their cases in several areas and that, in itself, was very good.”

Gomes also announced that the ACP had agreed to abolish the Centre for the Development of Enterprise (CDE), an ACP-EU joint institution supporting the ACP private sector.

“It hasn’t been functioning very well. But, in its place, we are going to decentralize so that micro, small medium enterprise would have more attention by being in the regions,” he said, adding that current global trends call for new structure for micro, small and medium private enterprises.