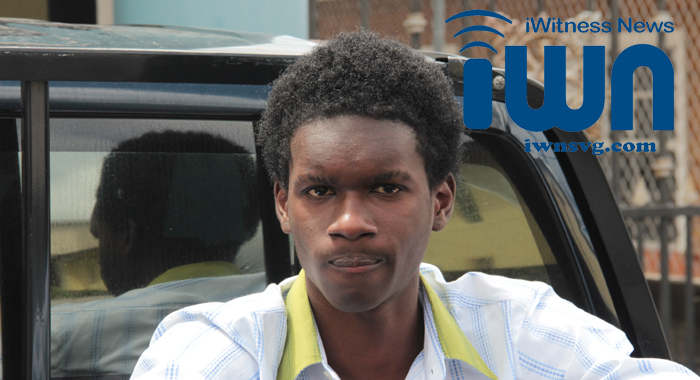 Murder accused 18-year-old Maverick Joseph when he was charged in 2016. (IWN photo)

A Belmont teenager was on Friday charged with the  murder of the police officer who died after being stabbed at a primary school fair on Monday.

Unemployed 18-year-old Maverick Joseph was charged that with malice aforethought, he caused the death of 25-year-old police constable Giovanni Charles of New Montrose by an unlawful act.

Joseph was not required to plea to the indictable charge when he appeared before chief magistrate Rechanne Browne-Matthias at the Serious Offences Court in Kingstown.

He was remanded in custody until Aug. 10, when a preliminary inquiry is carded to begin.

The police officer was stabbed in the neck while he worked at the entrance to the Belmont Primary School.

Reports are that Charles had tried to evict from the fair a man who had entered without paying the EC$2 entrance fee.

The situation escalated and the police officer was stabbed in the neck.

He was rushed to hospital but died.

The case has raised questions about the assistance given to Charles immediately after he was injured.

A photo has emerged on social media showing Charles being pushed in a wheelbarrow.

Reports are that a civilian, accompanied by police officers, transported Charles to hospital.

Questions were asked about why pressured was not applied directly to the wound, in an effort to stop the bleeding.