Activist Terry Bynoe to be charged? 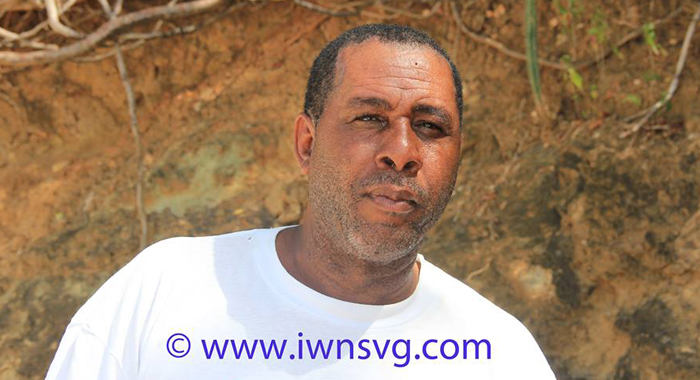 Canouan-based community activist Terry Bynoe says police on the southern Grenadine island have instructed him to report to them on Wednesday (today) and bring along someone to bail him.

Bynoe told iWitness News on Tuesday that the police called him and told him to come to the station and suggested that he would be charged with trespassing.

He said the police called again on Tuesday and told him to come to the station on Wednesday instead and bring along someone to stand his bail.

“I get lock up in advance,” Bynoe joked in an interview with iWitness News.

The activist has been advocating for land access to beaches in the “developed” north of Canouan, where a number of luxury resorts are located.

All beaches in St. Vincent and the Grenadines are public.

Resort management say, however, that there is no public access through their property even as residents of the island argue that they used to access the beaches through the lands were the resorts are now located.

The resorts have said that while there is no thoroughfare through their property, they would provide a golf cart to transport persons from the entrance of the resort to the beach.

Groups larger than 10 persons must give advance notice for transportation logistics, the resort have said.

Bynoe — against whom the resort owners secured an injunction 16 years ago prohibiting him from entering their property — and other residents of Canouan have been using boats to access some of the beaches.

On Sunday, Bynoe and other beachgoers walked on vacant lands near the resort to access Godhal beach, where they had a picnic.

Bynoe said he believes that the police have called him in relation to this.

The lands could be part of the 40 acres that the government sold to the developers a few years ago.

Bynoe said that during their visit to the beach on Sunday, a police officer along with a security official from the resort came and told him that the injunction prohibits him from being on their “private property”.

Bynoe said he noted that the beach is a public place, and both the police officer and the security official left.

They came back later with an application that the resort filed in the court this year, Bynoe said.

He said he pointed out that the application was not a court order.

Bynoe said that he will continue to demand public access to the island’s beaches even if he is arrested or charged.

“They could lock me up one million times, I am still going,” he told iWitness News.

“The only how they could stop me is to carry me up by Fort (Charlotte) and put the hangman’s noose ‘round me neck,” Bynoe said.

One reply on “Activist Terry Bynoe to be charged?”