Worker injured in Canouan has died 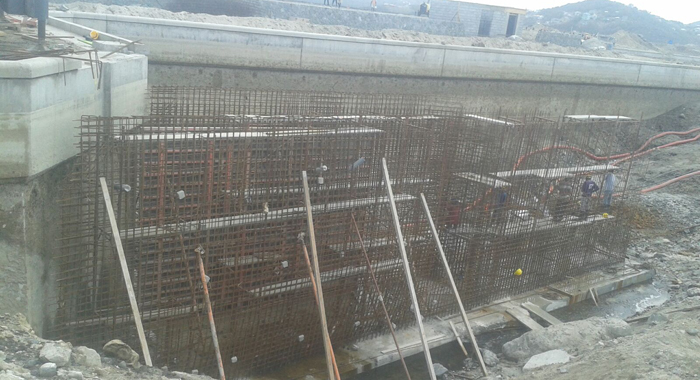 Pierre was injured when this structure fell on him.

Picton Pierre, the construction worker whose spine was broken when material behind a temporary retaining wall fell on him in Canouan on May 14, has died.

Glossy Bay Construction, which is building the Glossy Bay Marina, where the incident occurred, announced the death of the 50-year-old Campden Park man in an email to the media Wednesday night.

“It is with deep sadness that Glossy Bay Construction confirm that Mr. Picton Pierre has passed away at the Milton Cato Hospital, St Vincent,” the statement said.

It said Pierre was an employee of Glasgow Construction.

“Glossy Bay Construction extend their deepest sympathy to the family of Mr. Pierre, and as a mark of respect, the site will be shut down for the day, Thursday 26th May.

“It is hoped that, following Mr. Glasgow’s return to Canouan, he will lead a remembrance service for Mr. Pierre, to be held at the marina construction site so that his many friends and colleagues can pay their respects in prayer,” the statement said.

Reports are that Pierre was injured when materials behind a temporary retaining wall collapsed after their support was removed.

Pierre was flown to Kingstown after the incident and was warded at the Intensive Care Unit of Milton Cato Memorial Hospital.

2 replies on “Worker injured in Canouan has died”