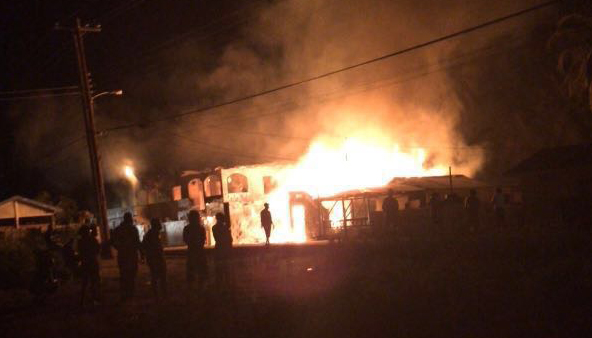 An elderly woman was killed and two buildings were destroyed by fire in Union Island Wednesday night.

Police say the deceased has been identified as Madeleine Ramage, 94, a retiree of Ashton Union Island.

Alison Ramage, also of Union Island, owned the house in which she died.

Police said that reports are that the fire occurred at 11:45 p.m. Wednesday.

An investigation has been launched, but police are yet to determine the cause of the fire.

Reports from Union Island are that the elderly woman may have sought refuge from the inferno in a bathroom in the building.

Efforts to rescue proved futile as the building became quickly engulfed in flames.

iWitness News understands that the only fire service on the island is located at its airport.’

However, there is no night landing at the airport, and the fire service took long to respond, residents say.