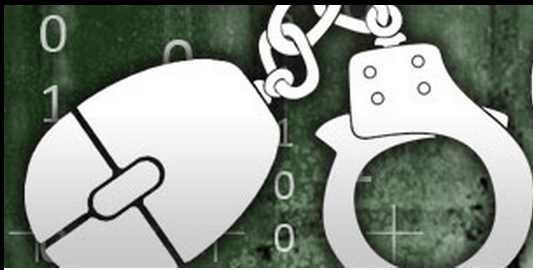 (WEFM) — Prominent local journalist and media and communications specialist, Kenton X. Chance has welcomed the Cybercrime Bill 2016, currently before a select committee of the House of Assembly but has expressed some concerns.

Speaking at the SVG Human Rights Association town hall discussion of the Cybercrime Bill 2016 held on Thursday at the Frenches House, Chance said “the realities of the world in which we live call for legislation to address many of the untoward — criminal even — activities that are taking place online.

“It is in this vein that I welcome, in principle, the efforts of our government and all the other actors involved to enact this legislation,” Chance added.

The proprietor of local online news website iWitness News, remarked that “No one can reasonably quarrel with any effort to protect persons from the sort of unlawful invasion of their privacy as seen with the leak of the nude photographs in Trinidad and Tobago this week.”

In his presentation, Chance, however, said he was “extremely concerned and unnerved” by what he sees in the piece of legislation “as avenues for the state to potentially criminalise journalists and their sources — many of whom might be whistle-blowers”.

“Regarding the Cybercrime Bill, I am specifically concerned about the implications of Section 7, which speaks to ‘Illegal acquisition of data’,” Chance stated.

“As journalists, we build up, over time, a certain amount of trust in our sources. At times, we take them by their word. But sometimes, the story is such that we need proof,” he added, giving a fictitious scenario about “unauthorised” access to information on a computer system, which could be in the public’s interest.

“Leaked information, often accessed without ‘authorisation, permission or knowledge’ of its custodian, often gives important insights into the inner working of centres of power — be they state, corporate, or otherwise,” Chance stated.

He also raised an observation about criminal defamation, which, according to him, Section 16 of the Cybercrime Bill strengthens.

Acknowledging the injury that can be done to a person’s reputation by certain wilful, untrue statements, Chance, also noted the potential effects of criminal defamation on press freedom.

“Criminal defamation can have a chilling effect on freedom of expression, especially in countries like ours, where some of our institutions are not as well developed or independent of centres of powers as they should, or are intended to be.

“Mr. Moderator, I am concerned that Subsection 3 potentially criminalises the publication of the truth. Note that the section said that “a person who intentionally… uses a computer to disseminate any information, statement or imagine; and exposes the private affairs of another person, thereby subjecting that other person to public ridicule, contempt, haters or embarrassment, commits an offence…” Chance added.

A national discussion is currently underway on the Cybercrime Bill 2016, with room made for members of the public to submit suggestions and concerns about the bill to the select committee of the House of Assembly.