‘Breach of the peace’ is not an offence — magistrate 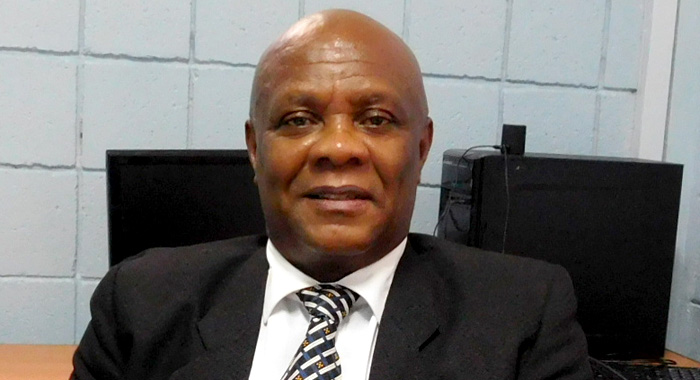 Magistrate Bertie Pompey on Monday said that there is no offence called “breach of the peace”.

He made the statement after hearing arguments from the defence and prosecution about whether he should recuse himself from the trial of opposition New Democratic Party candidate, Ben Exeter and youth activist, Shabazaar GunMunro George on a number of charges.

Defence counsel, Kay Bacchus-Browne made the application in writing on Friday, after Pompey said during the trial on June 6 that Exeter had been charged with breach of the peace — which was not the case.

“Breach of the peace, as counsel has intimated on more than one occasion, is not an offence,” Pompey said after hearing submissions from Browne and Assistant Director of Public Prosecutions, Colin John.

“Very important, breach of the peace is not an offence. Like an arrest warrant, it provides a basis for an arrest for an entry into private property and like a warrant, it is not a written document.”

Pompey cited Professor Richard Stone who, in his paper, “Breach of the peace: the case for abolition”, described “breach of the peace” as a common law concept which provides the basis for the exercise of various police powers.

“You do not charge people for breaches of the peace. You can arrest them, and you can release them back–” Pompey was saying when Bacchus-Browne stood up.

The Magistrate said that maybe Bacchus-Browne misunderstood his comments from the bench on June 6, but said that is what he was really saying.

He said that in Regina v. Howell, it is said that “… there is a breach of the peace whenever harm is actually done or likely to be done to a person or in his presence to his property or a person is in fear of being so harmed through an assault, an affray, a riot, unlawful assembly or other disturbance”.

As Bacchus-Browne rose and began to speak, Pompey said, “I am just telling you that there is no offence called breach of the peace, because that was your contention that I say (sic) that he breached the peace and there was no charge. You say there was no charge against him. But I was saying that there doesn’t have to be a charge — if you understand me.”

Bacchus-Browne said that the magistrate actually went further on June 6 and said that Exeter breached the peace when he passed the police line.

“You made a finding of fact. You cannot continue to hear this matter, because–” Bacchus-Browne was saying when the magistrate told her, “Ok, counsel, let me just move on, please.

“There is, however, a concept called breach of the peace for which one can be arrested by the police or an ordinary citizen. This, however, is a derivative of the common law,” Pompey said.

Pompey recused himself from the case.

Exeter and George were arrested in Kingstown on Dec. 29, 2015 where supporters of the ruling Unity Labour Party and the NDP had gathered for the ceremonial opening of Parliament.

Exeter was charged with assaulting a police officer and resisting arrest and an offence relating to carrying a firearm to a public meeting.

Exeter had his licensed firearm with him at the time.

George was charged with obstructing a police officer in the due execution of his duty and possession of an offensive weapon.

They both pleaded not guilty.