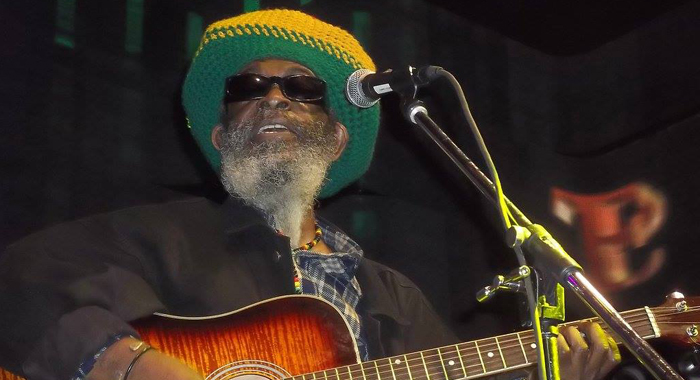 Afari was given the opportunity to open such a prestigious show that was filled with people. He performed songs from his huge repertoire to the delight of the fans who attended the show.

“I was well-received by the Polish people and they responded well to my songs. I enjoyed their positive responses. I look forward to be doing more shows like this one. The Polish people show great love for roots reggae music,” Haywood said.

Haywood, who was born in New Grounds Village in St. Vincent and the Grenadines, is a self-taught musician and a prolific songwriter, and exciting performer who plays almost every musical instrument.

He is also a recording artiste who has performed in many world renowned and important venues such as Apollo Theatre in Harlem, New York, where he won an award. He also performed in other famous venues such as SOBs, Lions Den, the City University of New York.

He is noted for his original songs such as “Mama”, “Natural Ingredients”, “Executioner”, “Crying In The Night”, “Rejoice”, “Big Stone Apple”, and “Slave Driver.

Before migrating to the United States, Afari, while still a teenager, performed with the former Vincentian band, Affetusos that was based in Georgetown with great musicians such as Lennox Dinks Johnson and Oscar James, Verden Mathias, and, among others, Moses Barker.

While in the United States, he played with a number of reggae bands including Youlonians, Originals, and the Rock of Ages made up of Vincentians musicians.

He is now spending a lot of time in the recording studios producing his own songs, some of which have been pre-released to the public.