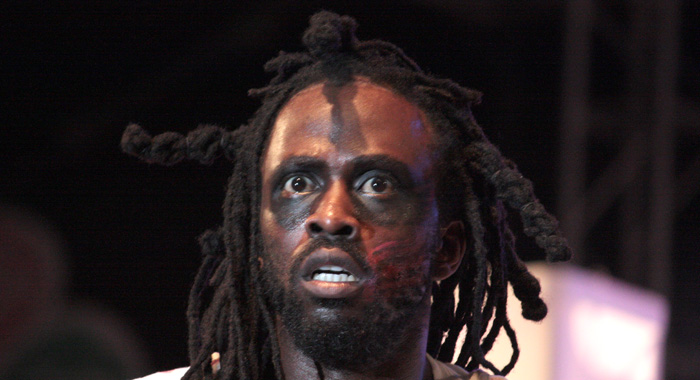 Reigning Power and Ragga Soca Monarch, Skinny Fabulous has explained his decision not to defend his crowns, saying he had announced his retirement from the competitions since last year.

In a Facebook post on Thursday, Skinny further spoke of the incident two years ago when patrons booed  and pelted the stage with debris as soon as he was announced as the next artiste to perform.

“For reasons still unknown to me, I was booed and stoned before even singing a note on the mic,” said the “The General” who has become an international soca sensation.

“I came on and performed and still showed love to those who booed me and those who cheered all the same,” he said.

The artiste, whose real name is Gamal Doyle” won the Ragga Soca monarch title on his first attempt last year, signing the popular and patriotic “This Island Is Mine”.

In 2014, when the booing incident occurred, Skinny was the defending champion in the Power Soca category of the competition having secured the 2013 crown with “The General”, when he forced his biggest challenger over the years, Delroy “Fireman” Hooper into second place with “Undertaker”.

Of the 2014 competition, Skinny said: “I lost that year and wanted to not return but anticipating the public opinion that staying out will make me look like a sore loser, I reluctantly said ok I’ll enter one last time but I’m gonna declare beforehand that it will be my last one as I need a break.”

He said that in 2015, he announced that that would be his last entry into the competition, “win, lose or draw”.

“I went in hard on my performances and captured both groovy and power soca monarch titles,” he said.

“After booing and stoning me the year before, I captured the two titles but now the public had a different charge against me. And that charge was that I should stay out and let the new guys do their thing. Being already part of my plan I reconfirmed my plans not to defend the crowns,” Skinny said.

The artiste said that he is an entertainer by profession.

“This isn’t my hobby. This is my life. I have a management team called pyramid that handles my bookings. CDC was informed formally and informally since last year that I was not going to enter,” he said.

He said that in light of this, he had no events or show on July 2, Soca Monarch night, and his management made the date available to anyone wanting to book him.

He said the CDC contacted him mid-June to enquire about booking an appearance for July 2.

“At that point, I indicated that management may have already been under a contract for another engagement,” Skinny said.

“Against all professional ethics, I still tried to wiggle out of a signed contract in an effort to see if I can accommodate this last minute, very late request by CDC for an appearance and after several attempts to wiggle out of the contract Ashford Wood and I settled on me performing at 2 other CDC events instead,” Skinny said.

“With that said my inability to facilitate a last-minute request has no bearing on my patriotism. This is not a Lil side hustle for me. This is my way of life and it is managed and planned out professionally months in advance.

“But it seems If I stay in I will either get booed stoned or cursed , and if I stay out and go about my professional life, I still get cursed and called unpatriotic. It’s a lose-lose scenario, it seems. Let’s not be this way people. Stop looking at any and everything as an opportunity to pull down or cast negative shadows on ur neighbors, families, friends, country men, artistes, leaders and other Vincentians in general.”

Skinny said that for eight years he did soca monarch and invested “my hard earned savings to make the presentation and show on a whole look grand and dynamic and exciting and the one year I stay out and couldn’t facilitate a last minute request I am all of a sudden a sell out? Come on guys”.

One reply on “Skinny Fabulous explains his Soca Monarch exit”