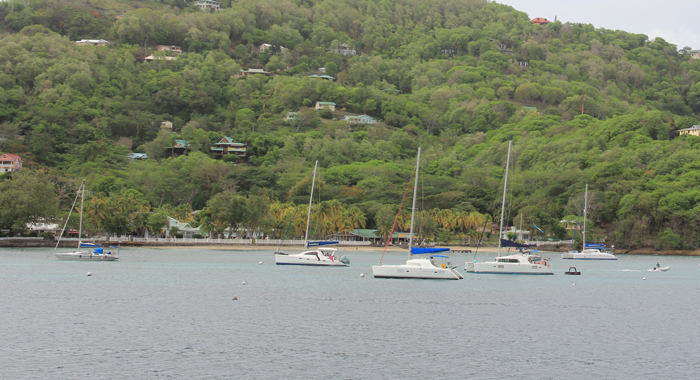 The number of visitors to SVG who arrived by yacht increased by 7.1 per cent during the first quarter of 2016. (IWN photo)

St. Vincent and the Grenadines has registered a 6.8 per cent increase in visitor arrivals in the first quarter of 2016, compared to the same period of 2015.

Minister of Tourism Cecil “Ces” Mckie made the announcement in Parliament on Thursday, saying that 96,680 persons visited SVG from January to March this year, 6,187 more than the same period of 2015.

McKie said there were improvements in three of the four arrival categories.

“In fact, the only category that went down was same day arrivals and we indicated a few years ago that we didn’t expect to see increases in this arrival type because of operations within the tourism sector, and we saw 653 in 2015 to 514 in 2016.”

Same day arrivals during the period under review fell by 21.3 per cent.

“Mr. Speaker, the improved position was realised due to strong performances from our source markets: US, UK and the Caribbean and to a lesser extent, from Canada,” McKie told Parliament.