New artistes are rulers of soca in SVG 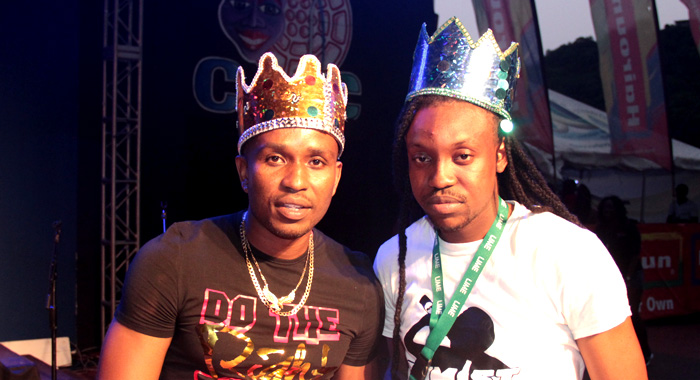 Shane “Hypa 4000” Husbands has gained a further foothold in the soca arena in St. Vincent and the Grenadines while first-time ragga soca artiste, Chewalee Johnson has proven that there is no waiting one’s turn when it comes to the artform.

4000’s crowning Sunday morning after an overnight marks the first time in about a decade that neither Delroy “Fireman” Hooper nor Gamal “Skinny Fabulous” Doyle is reigning as power soca monarch.

Saturday’s crown is the second that 4000, a radio personality turned artiste, has won in as many years.

The artiste whose “Dirty Dancing” was Road March in 2015, convinced the soca kingdom that that “No Behavior” was “the right thing” for 2016.

Among those he outperformed was seasoned veteran and eight-time winner Fireman, who will continue to be “Homeless” this carnival season, unless he can foil 4000’s plan to bag the Road March title again.

Fireman and 4000 were among the artistes who were attempting to take the power soca throne, left empty when 2005 winner, Skinny Fabulous decided not to compete this year.

In the ragga soca segment, Chewalee proved that a “now come” artiste — even one who is a “Rumist” — has what it takes to rule, including over former monarch and long-time contenders for the crown.

He showed Shaunelle McKenzie that when things are too “Wet And Wild”, the crown could simply slip away.

And, by now, Kamara “Keido” Foster must have learned that a rumist knows not to get “Frass to the bone” — at least, not if he plans on reigning.

Chewalee, who is singing ragga soca for the first-time this year, filled the throne left empty also by Doyle, who won both crowns in 2015.

(In-depth story on a soca conspiracy theory to follow)