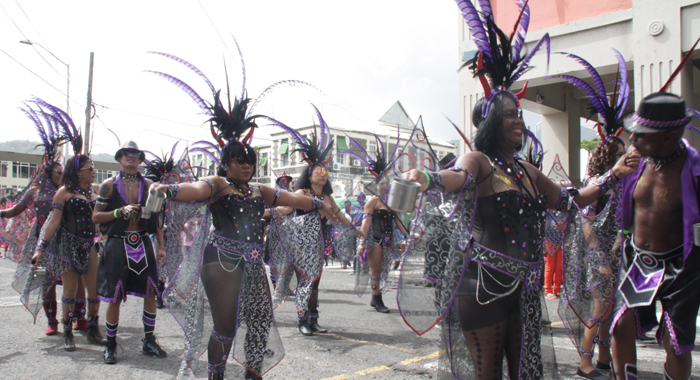 The victory returns the band to the pinnacle off which Digicel Nelson Bloc had knocked them in 2015.

But, this year, 37 points and two bands separated Blondie Bird and Nelson Bird, which placed 4th.

In the Uptown judging, Nelson Bloc (416) was first, followed by

Melbourne Artisans following, in that order.

In the Section of the Bands competition, “Powder Soap” from High Voltage’s “All that Lathers” was first, followed by Blondie Bird & Friends’ “Social Media”; “Sunset Strong Rum” from Lynx Mas Band; Imagination’s “Pisces”, and “The Chewa” from Melbourne Artisans.