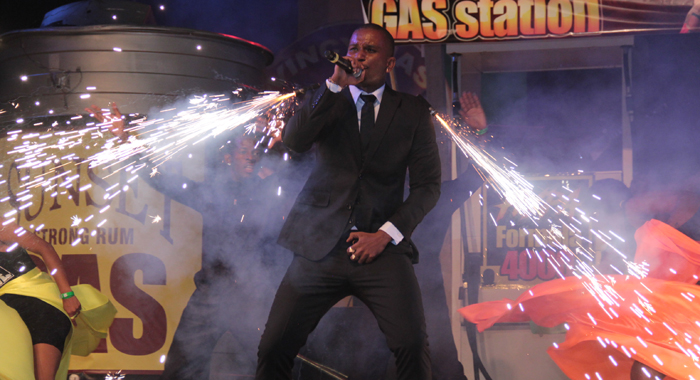 Hypa 4000 during his performance of “No Behaviour” during Soca Monarch Saturday. The song has also won the Road March title. (IWN photo)

Shane “Hypa 4000” Husbands’ soca composition, “No Behaviour” has won him a second crown for Vincy Mas 2016.

4000 secured 51 points to Problem Child’s 47 to bag the title, which he told reporters on Sunday that he was also hoping to win, having secured the Power Soca monarchy.