Another pregnant woman tests positive for Zika in St. Vincent 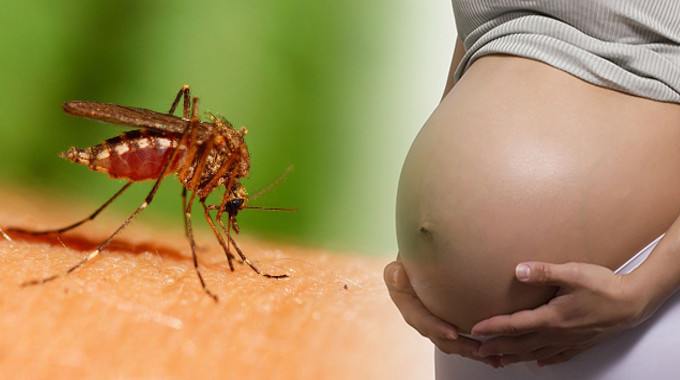 Another pregnant woman in St. Vincent and the Grenadines has tested positive for Zika, the mosquito-borne illness that has been linked to microcephaly, a condition in which babies are born with a smaller head and under-developed brain.

The latest case brings to two the number of pregnant women among the 40 or so laboratory-confirmed cases of the virus in SVG.

“We have one additional case who is being followed with a confirmed Zika — Zika positive. So we have two individuals, pregnant women that we are following at this time,” Chief Medical Officer, physician Simone Keizer-Beache told a Ministry of Health press conference on Tuesday.

Keizer-Beache said she knows of no medical intervention that could reduce the chance of an unborn baby developing microcephaly as a result of Zika, but noted that the risk is small.

“We are looking at something that is less than 0.1 per cent of a risk of developing microcephaly related to someone who has a Zika-positive test,” she said.

Keizer-Beache said that her ministry is monitoring the two women and their unborn babies and will continue to do so after the babies are born.

“Those persons have been followed in terms of counselling, in terms of diagnostic studies, for ultrasonography to detect, if possible, and then again, we have to consider the efficacy of the ultrasound to pick up abnormalities.

“And the main purpose of the monitoring and testing is to provide support and so that the persons can be psychologically prepared for what is or what might not happen. So we provide ultrasound, monitoring and persons are registered with their obstetrician to be followed throughout pregnancy,” the chief medical office said.

She said that in addition to microcephaly, Zika has been associated with problems with vision and hearing.

The policy of the Ministry of Health is that health care professionals continue to monitor the babies born to women who test positive for Zika during pregnancy.

“This is a new disease in our region so we need to follow to see what’s happening. So, we are not just looking for microcephaly, we have to test these children for visual problems and hearing problems and whatever else might be coming up.”

Keizer-Beache said there are other conditions that are likely to cause microcephaly.

“For example, somebody who develops rubella during pregnancy can result in deafness or other complications and that is much more likely than someone who becomes infected with Zika during the pregnancy,” she said.

Speaking at the same press conference about advice to persons who are planning to get pregnant, Minister of Health, Sen. Luke Browne, noted, “the decision of childbearing is intensely personal.

“And individuals would come to their own conclusion. The ministry would provide guidance and counselling…” he said.

Keizer-Beache said that while at least one CARICOM nation has advised women to delay pregnancy in light of the Zika-microcephaly link, that has never been the policy of the Ministry of Health in SVG.

“Our position has always been to allow for informed decisions. So we will provide everyone with the information, the risk, the lack of risk; we’d also let you know about what we have put in place,” Keizer-Beache said.

Meanwhile, Browne told the media that there have been “just under 40” laboratory confirmed cases of Zika in SVG.

“But there has been some increase in the transmission since the onset of the rainy season, as you might appreciate,” he said.

Browne said that his ministry has adjusted the policy regarding testing for the virus.

“We have just under 40, but now that we have established that there is Zika in St. Vincent and the Grenadines, it’s no longer a case where we have to sort of religiously keep checks of every single person who is infected by Zika.

“It is here, we have to fight it, we fight it to the extent possible, and we have to minimize transmission,” Browne said.

He said another change in the approach is that in the early stages, when his ministry was trying to determine if the virus was present in the country, marking when it arrived and tracking its progress, the Ministry was taking samples, particularly from individuals who exhibited symptoms, and sending them to The Caribbean Public Health Agency (CARPHA) in Trinidad for laboratory testing.

“Now that we have confirmation that there are some cases here, we are taking more of a clinical approach to testing as opposed to sending off for laboratory testing,” Browne said.

The health minister said his ministry is placing emphasis on the “vulnerable populations … to get a sense of what is happening in relation to those persons who may be susceptible to some of the worst problems that could arise from this infection.”

Keizer-Beache said that while healthcare professions are moving toward doing testing only for the high-risk population, they are keeping track of the cases that they define as “clinically suspect cases”.

“Even though you would not be sending samples for everyone to CARPHA anymore — only those high-risk persons, we would be keeping track of the numbers we are seeing in the various districts.

One reply on “Another pregnant woman tests positive for Zika in St. Vincent”