So what really is communism? 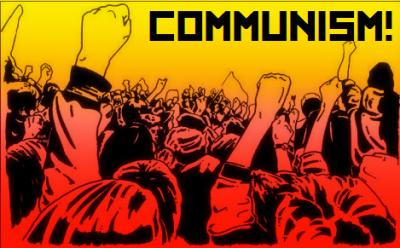 In a nutshell and simplified form, numerous variations of communism have emerged over the past: Marxist-Leninism, Stalinism, Bolivarian Socialism, etc., to name few. The followers of “Christian communism” claim that the only ones who practiced true communism were Jesus, his disciples and early followers as they shared everything among themselves. Hence, the expression of the “Holy Communion”. All private possessions became common good, jointly owned and democratically managed. No one would be able to accumulate riches while others are suffering and remain poor.

In stark contrast to such idealistic approach, the reality in modern day communism happens to be quite different. What is promised in communist propaganda as a common good for all is in fact strictly organised as a hierarchical system of elite members and leadership while all members of the party are subjected to ultimate party discipline. The aim: not to allow any opposition, not outside but also not inside the party. Members who dare to criticise leadership may they be young upstarts or long-serving party members who had substantially contributed to the party’s growth and success to finally get into power, will be side-lined or punished. The goal: ultimate control of the state’s state of affairs.

Notwithstanding means such as corruption, bribe or even revolution, often power had been assumed through legitimate election. Once in power, the aim of communist leadership is to stay in power as long as possible by eliminating or sidestepping the instruments of democracy. Loopholes that exist in any constitution will be exploited, for instance, the right of leadership to appoint crucial positions such as governor general, members of the judiciary, commissioner of police, attorney general, speaker, naturally creates a climate of dependency since highly rewarded posts guarantee an upper-end life. In other words, while supporting the leadership one may not necessarily act in the interest of a country but one is certainly furthering one’s own personal interests.

Once in control of state organs and key positions, leadership can now dictate anything of importance, such as finance, investments, projects of all sorts — whether they make sense or not, and even media. Last, but not least, a communist leadership is then in a position to harass nonconformist citizens and private entrepreneurs, even confiscate or destroy their businesses.

For the above reasons, to rid a country of undemocratic leadership is difficult if not impossible. They’ll cling to power by all means, by whatever it takes. They don’t have the prosperous future of a country at heart, but rather their and their supporters’ prosperity, cushioned by high income, elaborate travels and most of all for whatever psychological reasons, the indulgence of holding the reins of power.

Very few communist countries have survived; many have wasted decades of precious time. The mighty Soviet Union has long collapsed. Communism in practice and theory is considered to have failed. Many countries have come to a standstill as basic human characteristics have been ignored such as to decide for oneself, to enjoy cultural and individual freedom or to own private property. Today, the once powerful communist movement is in tatters. The surviving ones, North Korea and Venezuela, cling to power by sheer terror, alas to the great suffering of their citizens. Others have opened their doors. For example, Cuba is now open to the

Western World; so is China, which since long is not a typical communist state; as they have managed to merge communism with capitalism into a party-led hybrid of sorts.

The bad news! Because of the good life enjoyed by cronies and supporters on one hand and on the other hand, the fear of the populace of being victimised, it may take long until a dictatorial leadership can be removed, especially if opposition is disunited and possesses few teeth. Poorly educated masses can be easily caught with unrealistic promises at pompous events, the sort of narcissistic, ruthless demagogues use whenever they open their mouth — see leaders such as Erdogan in Turkey or Trump in the United States. But wait a minute — these two guys are no communists. Are they? One is a speculating, showy capitalist, the other a fascistoid Islamist, both, surprise, surprise, under the disguise of democracy.

So what really is communism? It is a dictatorial system, where for the ultimate goal of holding on to power, leadership controls the masses by means of fear and manipulation. Political authority is being exercised over all aspects of life where nepotism is rife while intellectuals and opposing individuals are subordinated. Free speech, political and cultural expression is suppressed just as in all the other totalitarian regimes. The methods are exactly the same!

3 replies on “So what really is communism?”