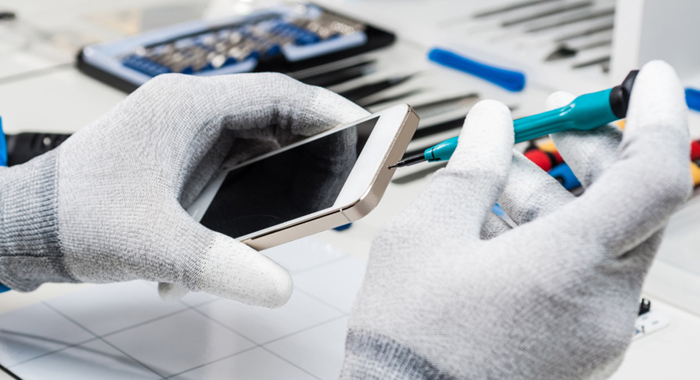 Forty young persons are participating in a rapid skills training programme in the field of computer networking and cellphone repair.

The young people will be trained then placed on attachment with local businesses.

Minister of Industry and Information, Camillo Gonsalves told the launch of the “Adopt a Classroom Programme” last week that there was an effort to try to select participants from areas where there are higher incidences of poverty.

Gonsalves said that while the youngsters were doing their apprenticeship programme they will be paid a stipend by the Zero Hunger Trust Fund — an initiative through which the Government hopes to eradicate hunger by 2020.

“And there are going to be a number of targeted approaches. The Prime Minister had said we have to target the issue of hunger and poverty in St. Vincent and the Grenadines not do some general things and hope the money trickle down to the right people, but we are going to try and target where we find the problems and come to the problems with solutions.”

Gonsalves expressed excitement with the start of the programme and also mentioned that international countries are also excited with what government is doing with Zero Hunger programme.

He listed the Food and Agriculture Organization (FAO) as one of the international organisations that also expressed interest in the Zero Hunger Trust Fund and wants to be a part of it.

He also announced that a delegation from the United Arab Emirates will visit ST. Vincent and the Grenadines soon and have also expressed interest in the Zero Hunger Trust Fund

“We are becoming a shining example for the rest of the region on how to tackle in a targeted way the issue of poverty and hunger,” he stated.