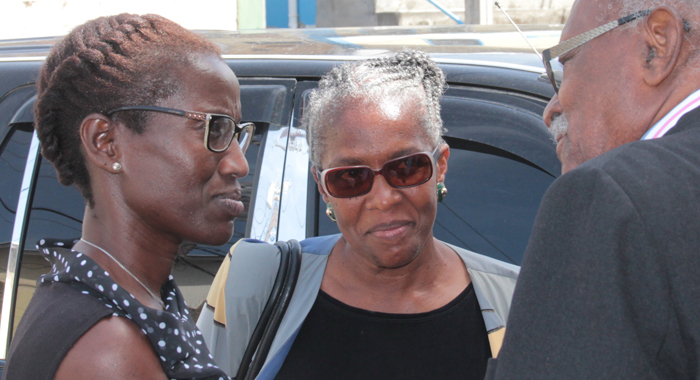 Lawyers representing opposition political activist Luzette King have requested yet another adjournment in the case the Crown has brought against her.

King is to be tried on a charge of causing inconvenience to the public in exercise of common rights, contrary to section 282 of the Criminal Code.

When Magistrate Bertie Pompey called the matter at the Kingstown Magistrate’s Court on Monday, King’s lawyer, Shirlan “Zita” Barnwell, told the court that Kay Bacchus-Baptiste, who was representing King initially, was no longer representing her.

Barnwell said she and Bayliss Frederick are now representing King.

She, however, said that the defence has not had time to familiarise itself with the facts in the case and asked for an adjournment.

Station Sergeant Elgin Richards, the prosecutor in the matter, told the court that the prosecution was ready and that all witnesses were present, but did not object to the adjournment.

He noted that all the request for adjournments in the matter had come from the defence.

Richards, however, asked that the trial be set for September, noting that some of the witnesses would not be available before then.

Pompey set the trial for Oct. 4.

The charge against King stems from a Jan. 6 incident outside the Electoral Office on Bay Street, Kingstown, where supporters of the opposition New Democratic Party (NDP) were protesting.

Photos and videos by media professionals and members of the public show male police officers lifting the female activist. In one of the photos, her blouse is displaced, exposing the cups of her brassiere.

King pleaded not guilty when she appeared at the Kingstown Magistrate’s Court on Jan. 7.