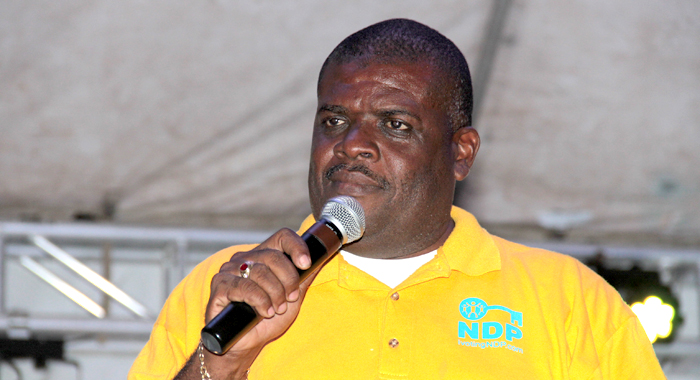 Member of Parliament for North Leeward, Roland “Patel” Matthews has condemned Tuesday’s shooting and robbery of a salesman in Petit Bordel near his home and business place.

Stern Pope, a driver and salesman with St. Vincent Brewery Ltd. (Hairoun) was shot in both legs and robbed as he processes a sale in the North Leeward village sometime before 2 p.m.

“I condemn to the fullest extent this glaring, vicious and selfish criminal act which attempts to tarnish the name of the constituency of North Leeward,” Matthews, an opposition legislator, said in a statement on Wednesday.

Matthews said that he is overseas but was informed that the truck driver was robbed and suffered gunshot-related injuries as a result of the incident.

“Mr. Pope, the driver, who was shot and robbed, I have known him for several years and have done business with him on countless occasions. I, therefore, take this opportunity to wish him a speedy recovery,” Matthews said.

“I hope that the perpetrators of such a vicious criminal act will be swiftly apprehended and brought to justice,” he added.

The MP said that it has been reported that the incident took place at a business place he operates, but said this is not the case.

“While I do operate a business in close proximity to the where the incident occurred, the fact is that the incident DID NOT take place at my business,” Matthews said in the statement.

A media house which erroneously said Tuesday that the shooting took place at Matthews’ business place corrected the error shortly after.

“I am encouraging anyone with information pertaining to this cowardly act to kindly cooperate with the police,” Matthews said.

One reply on “MP condemns shooting of salesman in North Leeward”