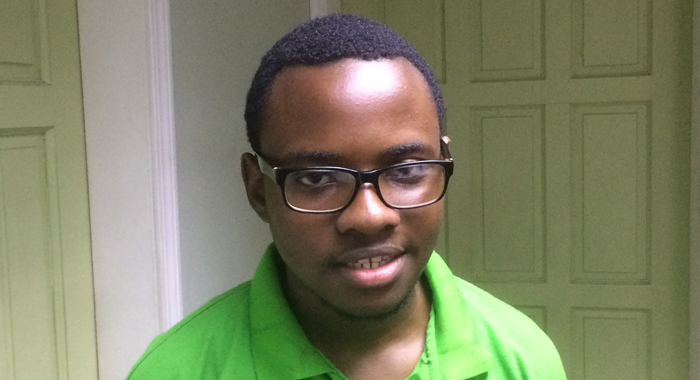 The student is a Guyana-born Eric Febuary, who was educated entirely in St. Vincent and the Grenadines.

The Girls’ High School was the top performer in SVG in this year’s examination, returning a 97.19 per cent pass rate, followed by the St. Vincent Grammar School, with 94.29 per cent.

This year, 2,805 candidates were registered for the examinations. Of these, 1,337 were private candidates and 1,468 were school candidates — from 26 secondary school.

The school candidates sat 10,164 subject entrees in 34 subject areas. Approximately 75 per cent of the subject areas were awarded Grades I-III, the same figure as in 2005, which was 4 percentage points higher than in 2014.

The St. Martin’s Secondary School recorded the most significant improvement, moving from 73.51 per cent in 2015 to 87.62 per cent this year, an increase of 14.11 percentage points.

In the press release on Wednesday, Permanent Secretary in the Ministry of Education Morine Williams said:

“The Minister of Education, National Reconciliation and Ecclesiastical Affairs congratulates all students and extends gratitude to the principals and teachers and staff at all school for their support of the students. We are cognisant of the fact that outcomes in education are measured, not only in quantitative terms, but also in qualitative terms; therefore, the value added to the lives of all the students, the top performers as well as those whose performances can be improved, is greatly appreciated.”

Williams said that all principals continue to work diligently in conjunction with the ministry in support of their school’s effectiveness and students’ success.