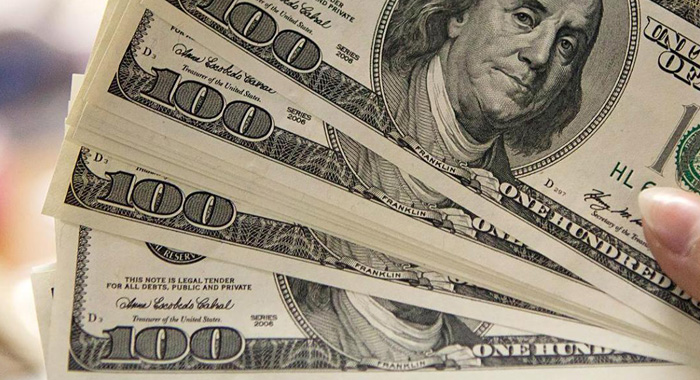 The questions triggered by Prime Minister Ralph Gonsalves’ disclosure that the opposition New Democratic Party received US$500,000 from overseas in the last weeks before the December 2015 general elections, might not do much to advance the calls for campaign financing and integrity legislation in St. Vincent and the Grenadines.

“The two things are connected but different,” Gonsalves said in response to a question at a press briefing on Tuesday, two weeks after he told NDP senator, Jules Ferdinand to look into the source of the money, and set off national debate about campaign financing.

“For example, you require about a million dollars Eastern Caribbean for t-shirt. You need 50,000 t-shirts. They cost, printed, a good one, if it’s $20 it’s a million dollars. But more likely, $25 for one,” he said, asking if the state would pay for those t-shirts.

“If we are having state financing of political parties, are we going to ban t-shirts? Are we going to put a cap on advertisements on radio and television? What should the amount of state financing be since it is important for democracy? Is it going to be a million, two million, three million dollars EC? Would people agree to that? So, it is a subject on which I have given great thought,” said Gonsalves, who is Minister of Finance and also political leader of the ruling Unity Labour Party.

The ULP had championed integrity legislation before it came to office in 2001, saying while in opposition that it had a draft law.

But Gonsalves said on Tuesday that the Criminal Code already contains provisions against official corruption.

“The question is to enlarge those things and to go particularly for the matter of declaring assets and liabilities. And the difficulties with it, are you going to do it for ministers and not doing it for permanent secretaries?” said Gonsalves, who is also Minister of Legal Affairs.

He said the difficulties that arise with the various integrity legislation drafts include senior public servants wanting exemption because they have to submit not only their own returns but also that of their spouse and children who live with them.

“They say, ‘Listen, I am not going to take on this burden. I’m a permanent secretary and my husband is a businessman. I have to do that?’’’ Gonsalves said.

Gonsalves said there is already a difficulty in getting people to serve as members of boards of directors of state companies.

He said that in Trinidad and Tobago, the law included judges, but they exempted themselves in a decision made in a court case, saying that including judges in the legislation will be to encroach on their independence and that of the judicial and legal services commission.

Gonsalves further said that Dominica’s integrity legislation also applied to chairpersons of state corporations and they have to remove it because they couldn’t get people to serve on state corporation.

He said the public is of the impression that politicians are in the best place to be “corrupt”.

“My experience, both out of government and in government, tells me that that is a mistaken conception. A chief executive officer of a state company has far greater flexibility as to how the resources of that state corporation are to be spent than I as prime minister. I have to do it within clear rules and accounting…” Gonsalves said.

He added: “Having said all that, it would engender greater confidence if there was ‘integrity legislation’. And we have to find the appropriate model for it to be done.”

Gonsalves noted that Jamaica and Trinidad and Tobago have integrity legislation, adding that Kingston has a special prosecutor for official corruption, but both countries don’t score as highly as SVG on the perception of corruption index.

“So what is crucial, always, even before you have integrity legislation is to have the institutions of government function, like for instance, the Director of Audit, like, for instance, the various control mechanism of the accounting officer, following the financial administration legislation,” the prime minister said.