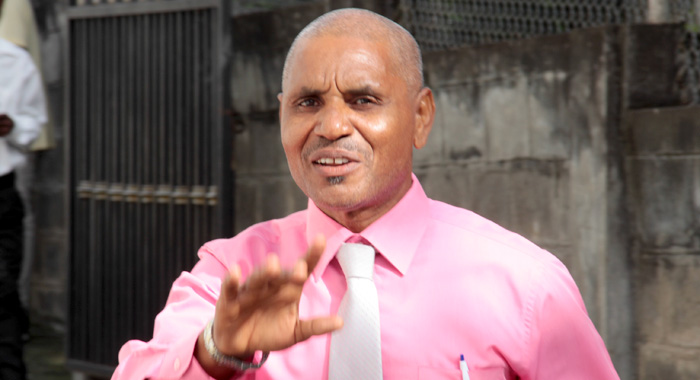 The St Vincent and the Grenadines Teachers’ Union (SVGTU) on Monday called upon the Public Service Commission to reinstate, with immediate effect, the principal against whom charges in relation to the January 2015 death of the seven students at Rock Gutter were dropped several months ago.

The union said that Colbert Bowens should be reinstated to his post as principal of the Fancy Government School.

Following the Rock Gutter incident of the Jan. 12, 2015, Bowens was among three persons charged on Nov. 11, 2015 in connection with the death of seven students.

“Since the date of the charges against him, Mr. Bowens continues to be suspended from his post despite being cleared of all charges on the 4th May, 2016,” the union said in a statement on Monday, the beginning of the new academic year.

“The SVGTU regards the continued suspension of Mr. Bowens as a grave travesty of justice of the most egregious kind. It is unfair in all of the realms of natural justice to continue to punish Mr. Bowens for crimes which he did not commit and for which he was duly cleared by the laws of the state.

“The SVGTU condemns in the strongest terms any further persecution of Mr. Bowens and reiterates the call to reinstate him with immediate effect, with all of the benefits intact,” the union said.

The seven students died when a minivan in which they were travelling careened down a steep hill and plunged into the sea at Rock Gutter on Jan. 12, 2015.

The charges against Bowens were dropped at the beginning of the preliminary inquiry.

Bowens is said to be a trustee of the church that owned the minibus, while Nanton was the driver and Myers the conductor on the day of the tragedy.