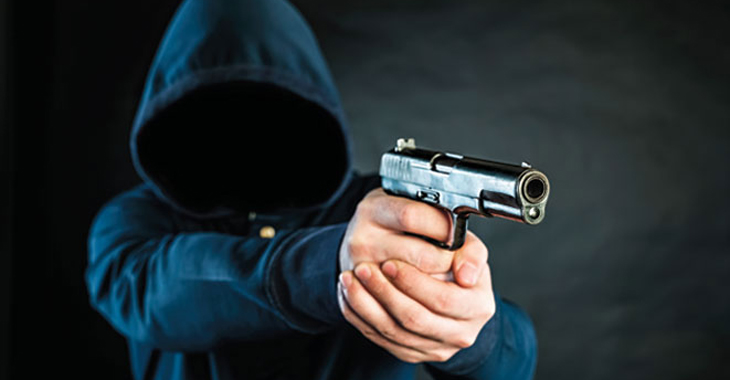 A female pastor was robbed at gunpoint Saturday morning while walking along the Fountain-Villa road as she made her way into Kingstown to buy building materials for her church.

Reverend Phyllis Ralph-Browne told iWitness News on Sunday she was walking along the Villa-Fountain public road around 9:50 a.m. in the direction of Villa when the crime occurred.

The senior pastor at St. Mary’s Baptist Church in Fountain said she had taken out her cellphone to call two students for whom she had purchased schoolbag to tell them that she was on her way to Kingstown.

“As I was putting the phone down into my bag — of course, I was looking down to put the phone back into the bag, when suddenly I felt somebody on my neck.

“One of [his] hands was around my neck, the other hand was pushing a gun into my cheek and they were pushing me, saying, ‘Move! Move! Don’t scream! Don’t scream!’” Ralph-Browne told iWitness News.

The cleric said she thought she was dreaming.

“You know like one minute you are in one time zone and another minute you find yourself in another time zone. And that’s how it appeared to me. I could not believe or even fathom what was happening,” she told iWitness News.

“He didn’t ask me for money, but he was saying ‘Move!’ He was pushing me up towards the bushes,” Ralph-Browne said.

She said the man’s physical appearance answers the description of the person who had allegedly committed another crime against a woman in another area of St. Vincent recently.

“Something just told me to just pull the gun. I just held on to the gun,” Ralph-Browne recounted to iWitness News.

She said she held on to the gun with both of her hands, pulling the weapon forward.

“So when I pulled the gun forward, away from my face, he held on. He is kind of nashy (slim). He came out of the bush naked, except for a black brief. He had a red bandana over his nostrils, covering his mouth so that only his eyes you were able to see.

“So after he fell down, I stumbled over him and then he got up quickly, pulled my bag and he was out in the bush.”

Ralph said that her assailant appeared to have oiled his skin, “so I felt my hand sliding”.

She said she had over EC$1,000 in her bag, along with her phone, and other items.

She said the police later retrieved the bag and its content except for the phone and the cash. The assailant also left the battery of the phone behind, but took the device.

Ralph-Browne told iWitness News that the money was to buy cement, thin set and other items needed to continue work on the church building.

She said a passerby called the police and waited with her until the police arrived an hour later.

She said of the robbery:

Ralph-Browne, however, said she did not think she was targeted since she had not walked that route for a while.

“I usually use the Fountain Road,” she said.

Ralph-Browne told iWitness News that she felt especially bad that as the pastor of the church she had lost the money.

“I feel really terrible about that. If a member had lost the money or had it stolen from them, maybe it would have a been a little bit more acceptable. But, for me, it looks like I am careless; I should have known better. I just would have to get back the money to buy the things that are needed to be bought,” she said, adding that workers are scheduled to turn up to work on Monday.

“I guess I will have to find some kind of money to do something,” she said.

“I’ve been praying and I don’t know why the Lord allowed me to encounter that. I don’t know if it was to save the little girl who came up afterward. Because while I was there, after the guy (robber) [had] gone, a nice little girl just marched up leisurely swinging her bag, not even worrying that anything like that could have happened. And I believe if he didn’t catch me at that point in time, that poor little girl — if think he would have done something terrible to her,” Ralph-Browne told iWitness News.