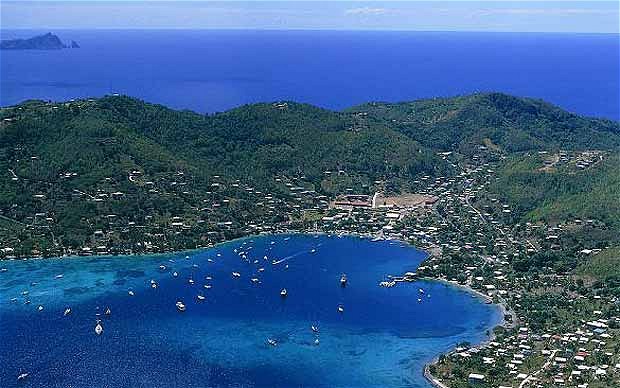 Over forty years ago local democracy was abolished throughout St. Vincent and the Grenadines. Since then, the affairs of Bequia, as in all other constituencies, are managed by a single political appointee who, by definition, is not accountable to the people. By any standard, this model, which deprives the people of Bequia, the right to influence policy decisions, has failed miserably. The constant mutterings of unease about the neglect of the cemeteries, roads and gutters, the stench in the harbour area, ever increasing unlicenced vendors, traffic chaos, open sale of illicit drugs, uneven distribution of resources and the lack of a proper and effective community policing strategy, among others, are consequences of this failure. The responsibility for dealing with these should not now be tossed to non-governmental organisations.

Sadly, and shamefully, some sections of the ex-pat community with no true allegiance to Bequia, and very little love for its people, exploit the lack of government commitment for their own ends by positioning themselves on the many committees operating on the island. The Easter Regatta debacle (MK; iWitness News, August 30th, 2016) is a perfect example of this, showing as it does, the ugly, unacceptable, apartheid-like practices of some sections of that community.  It is despicable that an event, once the highlight on the island’s social calendar should have been hijacked and now managed in a way that suits those who have no knowledge of its traditional roots, and who have now created a “them and us” split. Such practices are abhorrent and should not be tolerated. Until the people of Bequia regain some influence over local affairs, these practices will persist with noticeable declines in their customs and traditions.

I totally agree with the sentiments of SB (iWitness News, August 28th, 2016) that the people of Bequia must take stock of what is going on. And MK is right to call for the reintroduction of an elected assembly, the Bequia District Council, as it then was.(iWitness News, August 30th, 2016) Admittedly, abolition of local democracy across the State was a blatant and unscrupulous grab for ultimate control, but the arguments for its return are so compelling that it is difficult to understand the reluctance of subsequent administrations to reverse the decision. This is despite the recommendation of the commission chaired by Mr. Owen Cuffy (Local Government Reform Commission; 2nd November, 2005). To many, it is the surest way to ensure that local people have a voice in the development and management of local policies intended to meet their needs. Just as important, is that the activities of the plethora of groups, some with narrow self-interest, are brought under central control and be transparent. The upshot of this would be a return to a way of life in Bequia which is uncontaminated by prejudices and apartheid-like tendencies. Of course, re-introducing a layer of local government requires action at a governmental level, and given the degree of discontent that is now becoming more and more vociferous, it would be in everyone’s interest if that action is taken sooner rather than later.

SB (iWitness News, August 28th, 2016) hinted at the possibility of gated communities in Bequia. Amazed? Well the idea is not that far-fetched. Indeed, it is an open secret that a section of the Spring community entertained the idea. Their attempt to erect a gate has so far faltered, but there is no doubt a hard core continues to employ less obvious ways to restrict the movements of the natives. The most audacious is seeking the right to decide who can and who cannot live among them in Spring. And how about this for harassment? in a discussion group 18 months or so ago in Southside, a female teacher related how she was stopped and asked to justify her presence in Spring. Let’s say they had confronted someone who was less inclined to suppress his/her disgust at being asked to do so. What then could have been the outcome of that encounter? Worryingly, Spring is not alone, because reports suggest that owners of a new development (ex-pats of course) in Adams intend to limit access to the beach.

Examples such as those above only add to the widely held concern that elements among the foreign nationals living on the island are determined to create ex-pat enclaves supposedly to preserve their way of life and protect their investment. To them local people living in their midst will certainly not advance those causes. Left unchecked, the spread of such enclaves could result in large swathes of Bequia becoming no-go areas. This is nothing other than naked segregation, an apartheid practice which the whole world now loathes and which, therefore, has no place on the island. it is, I believe, the basic right of all Vincentians to live where they want and how they want, in any part of the state of St. Vincent and the Grenadines. Segregation doubtlessly threatens that fundamental right. Yet, to the surprise of many, politicians of all persuasion who are elected to protect our rights and liberties, ignore the matter. Is it to be assumed that they are oblivious to it? or is their silence evidence of tacit approval? Either way, it’s a betrayal, a betrayal which could have far reaching consequences, and which suggests that nothing has been learnt from recent events in Canouan.

There is no question that services once managed by the Bequia District Council have deteriorated to unacceptable levels; and that resources are disproportionally allocated in favour of areas frequented by tourists, due in part to the influence of self-interest groups. It is clear too, that the core values and practices which define Bequia and its indigenous population are under attack. The tourist trade is vital to the island. There is no doubt about that. Therefore, it is in the people’s interest to maintain the long tradition of welcoming and living harmoniously with foreign nationals (and of course tapping into their wealth of experience) while limiting the impact on their customary way of life. That said, the people of Bequia must remain resolute in their determination to resist at all cost and by whatever means, attempts to create “ex-pat only” areas. On these and other issues, the current administrative model has consistently failed to deliver. So yes, it is time to re-enact local government and return to a system that has proved fit for purpose: Elected District Councils.

Son of the soil,

I generalised about Bequia’s recent expat arrivals, but…