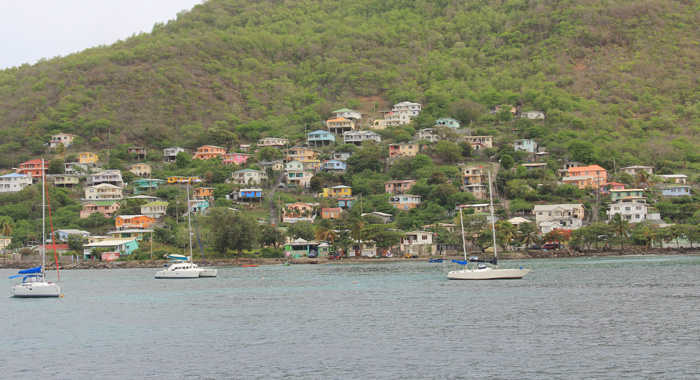 There appears to be some intentional effort on the part of Bequia-based expatriates and other non-nationals to make Bequia into the place they want it to be, with no input from the locals. It is my opinion that they seek to relegate a broad section of our community to the back burners, where we have no opportunity to contribute to our island’s well-being and development.

For a long time I have noticed that they set up boards and non-profit organisations, some registered, some not registered, often run by expats or non-nationals, and keep meetings on days and times when natives cannot attend then blame locals for not being a part of it. They go about raising huge sums of money and go through the community trying to play the roles of government fixing what does not need fixing and then saying the government wasn’t doing anything.

Take for example the gutter that used to be outside Tannis Store. These expats came up with the bright idea to place a sidewalk over the drain in an effort to beautify the area. They introduced a system where the drain that was previously washed out by the tide of the sea has to be pumped with water to be flushed out. A novel idea indeed!

What we ended up with is a drain that is blocked at the mouth and is filled with water that breeds mosquitoes and stinks to high hell. It’s only a matter of time before the flimsy wooden manhole covers break and injure someone.

Then there is the community centre in Paget Farm. Expats repaired it and then seem to claim ownership of it. So much for goodwill!! They have installed a board and are charging to use the government facility.

Permission isn’t given by the district council or police or ministry to use the facility, you must go to this non-registered board and beg.

I was told that one of the reasons for some of these boards and their directors is that it allows these people to skirt the immigration regulations, since the director of a company is granted as many extensions of stay as they need.

I hope I was misinformed!

What drove me to write this post is that there appears to be another group on the horizon in Bequia called the HUB Collective which is also being run by a non-nationals. They hosted an event this week that claims to be supporting local talent and art. What I saw at the event was shabby at best and a clear rip off of a number of events that natives have held in the recent past.

The HUB Collective hosted an art exhibition featuring the work of non-native artists who already own galleries and studios.

They decided to host their Positive Vibes Festival on the same night that the Bequia Basketball Association hosted their finals and closing ceremony. Was that an attempt at sabotage? The Bequia Basketball Association has hosted this tournament for 18 consecutive years. Does the HUB Collective care that the opening and closing ceremonies raise the most money for the basketball association? I am not yet certain about their true agenda but from the outset, it does not seem good. I hope they keep their promise of supporting youth and arts in Bequia.

Since I’ve returned home, I have heard stories and I have seen for myself the disdain for locals in the eyes of some of these expatriates. I guess it’s us the people of Bequia who have allowed them to become this beast that seeks to destroy us. Soon there will be no beach picnics anywhere on the island and party music will be played in your homes on weekends only.