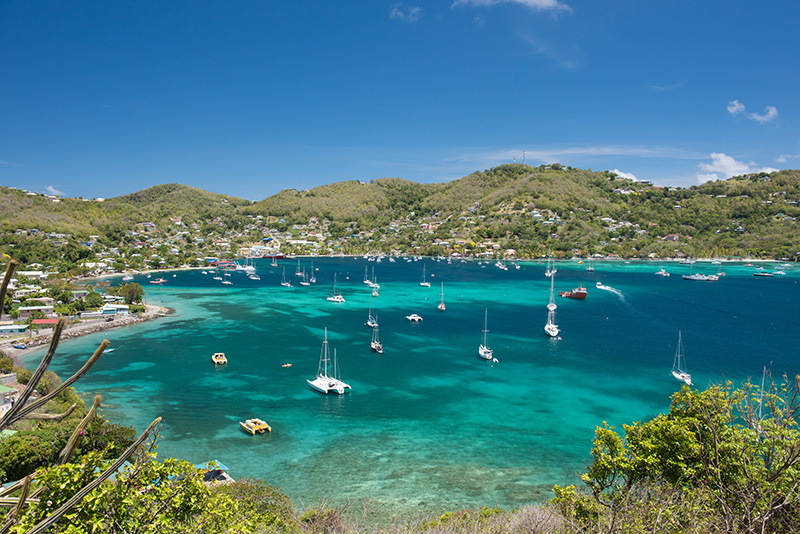 As a many-decades expatriate resident of Bequia, I was saddened and moved by SB’s letter, “Bequia people, take stock”. It is too true.

What happened to the atmosphere of the ’70 and 80’s when what made Bequia so special was the mutual admiration and respect between Bequians and outsiders? The foreigners who came recorded on film and wrote books like “Clean Sweet Wind” about traditional boat building and many articles in magazines like National Geographic, and Sail about sailing-making and double ender-sailing techniques. In those days, Bequia had people whose skills were internationally studied and sought after. Boat builders like various members of the Hazell family, the Mitchells and Lauren Dewar, sailmaker Bluesy Simmons, engine-builder Crosby, whalerman Athneil Ollivierre and Cultural Club organizer, Daphne Grant were legendary figures at home and abroad. Their skills made them leaders in the community.   An elected council of respected citizens governed certain aspects of Bequia life. The Bequia Regatta started at the request of a group of yachters who wanted to join the already established fishing boat races (Whitsun), which they admired and wanted to join in. Now, over the years, it has been taken over by sponsors Heineken and Mount Gay and basically split into separate events, one with lots of money and lavish cocktail parties in upscale venues, the other with a lot less money and skippers’ briefing in a local rum shop. So much for the universal camaraderie of sailing and the sea.

Similarly, the music festival has also been taken over by the interests of sponsors and tries to duplicate artistic cultural events elsewhere rather than exploiting the talents in music, dance, art and fashion that Bequia has in abundance as Daphne Grant organised and put on display for many years to the delight of both Bequians and visitors.

How did this all change in such a short space of time? I think there are two reasons: one was changes in the education system which saw the younger generation moving away from learning the traditional skills of their fathers into a type of education, the benefits of which were challenging for them to access. Admiralty Bay used to be filled with sailing boats seeking the marine skills of boat repair and sailing crew that Bequia offered and bars and rum shops that blended outsiders and nationals with mutual interests in seafaring, scientific research, music and culture.

But the real change came with the real-estate boom of the late ’80’s and 90’s when a different kind of outsider started to appear. These people didn’t seek a piece of Bequia for what a great place it is, but for some need to shape it in some other delusion of grandeur image of a tropical paradise – made by Hollywood, tourism ad agencies, harlequin romances. This is impossible, of course, (except in Mustique, which has been able to eliminate any sense of belonging in its local population) and has served to create an ever-widening gap between locals and outsiders. In Bequia, we started to see fears, unfounded threats and distrust between locals and foreigners — the privatisation of ancient right of ways, growth of gated communities, a 10-foot wall snaking through Friendship Valley, glossy magazine ads touting “A touch of Mustique in Bequia” and “Reassuringly Expensive”. Where will it all end? A ghetto community?

If I were to be asked for any answers, I think I would hope for the reinstatement of the Bequia District Council, an elected council of responsible Bequia citizens with power to protect Bequians’ rights and heritage, including rights of ways, public access to beaches and upkeep and access to public buildings. Many foreigners are schooled and very adept at manipulating land holding issues; perhaps Bequia needs a group of like-minded people who are capable and have official power to deal with these issues when they affect interests that are specific to Bequia.

One reply on “SB’s ‘Bequia, take stock’ is too true”