The irony of Prince Harry’s planned visit to SVG 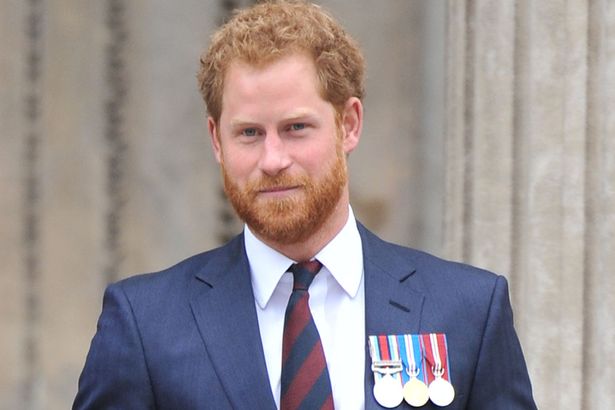 As we receive news of the upcoming visit from one of the heirs of the British crown, a major contributing factor to the condition we, as a people, are in is being sadly made manifest, namely our lack of knowledge of self. The mere fact that we will not only receive him with honours but will most probably collectively defray the costs is an aberration. While some feel that the recent government alteration of the pledge of allegiance isn’t going far enough, others are of the opinion that “traditional” links to the House of Windsor should be upheld. And the fact that many are expressing joy and will indeed line up the streets to warmly greet him is what can justify a government to disburse such sums.

However, this isn’t simply a mild question of “difference of opinion”, political views or philosophical leanings. Henry Charles Albert David, who goes by the title of Prince Harry, has done absolutely NOTHING with his life that warrants any sort of sympathy, admiration or even mere respectful consideration on our part. He is held in high esteem for the mere fact of being born. Just like his brother William, or his nephew, George, a 3-year-old boy, we somehow consider their lives to a have tremendous value to us.

Have we not any shame? Apparently not! Our distorted sense of value is rooted in the fact that we don’t properly value OURSELVES. And it is not surprising since we do not KNOW ourselves. Were we to know who we are, we would love ourselves. Then our actions would be geared towards preserving ourselves and would be made in OUR best interest. But how can we evaluate the interests of what we don’t know?

Still, we cannot be let off the hook completely because of a lack that was not our design. In this age of information, we all have come across some form of knowledge of self, minuscule or great that should spark a conscious assessment. Maybe not enough to completely wipe out the self-hatred imposed on us (incidentally by Harry’s ancestors) but, at least, to make us question what it is we are passing on to our children as viewpoints and perspective. For when you bring your children to a parade (as many will do) that features a man who didn’t even accomplish a small feat EVER, and they see you cheering, they interiorize the value system, the chain of worth, the totem pole that has them at the very bottom, if on the pole at all.

Ask yourself, would the Jews roll out the red carpet for Hitler’s grandchild to visit Israel? Clearly that child couldn’t be held responsible for the crime of Nazi Germany, could he? Well the answer is a resounding NO. Not only have they made sure their children are aware of who they are, they make sure that from the cradle they are aware of what constitute their best interest (most often, irrespective of the interest of others — but that’s another matter entirely). Every nation that has reconnected ties with an ancient enemy has done so after due diligence was made, some form of apology was professed, some form of compensatory gesture was done. We, however, have not even received the slightest demonstration of remorse and the crimes of the House of Windsor and its predecessors are infinitely greater than whatever Nazi Germany put the Ashkenazy Jews through. How seriously can a demand for Reparation be taken if we won’t even show displeasure, let alone rational hostility?

The Honourable Minister Louis Farrakhan, in Jamaica some years ago, said these words:

“…You talk God, but you fear White folks sanction and disapproval of you, from the top all the way down (of your society). It is not White people; it is your inordinate fear of White people that is keeping you bound. HOW DARE YOU, 30 years or more in your independence, STILL BOWING DOWN TO THE QUEEN? WHO IS SHE THAT YOU MUST BOW DOWN TO HER? Who is she? You still got a Massa? She’s on your money. Her image is everywhere to remind you: “Don’t get too uppity Mr Nigger, you’re still my slave!”

It is high time we become consequential with our words and our claims. If we want to be considered amongst the nations of the world with respect, than we must conduct ourselves with dignity and self-respect. It is not merely a matter of altering the pledge of allegiance of our representatives or even doing away with Elizabeth Alexandra Mary or her family as our constitutional head of state. Unless and until the House of Windsor acts in a way that would make amend for the crimes against humanity that they perpetrated or benefit (present tense) from, we have no reason to want their friendship or company.

Don’t we realise we are being extremely hypocritical when we honour Chief Chatoyer as a hero AND give honour to the British Crown? One of the definitions of “hero” is: a person who is admired for their courage, outstanding achievements, or noble qualities, while “honour” is to regard with great respect; fulfil an obligation or keep an agreement. Joseph Chatoyer fought and DIED, along with so many of our ancestors, to keep the British OUT of here. They were the victims of British treacherous dealings and murderous enterprises, which have been descended upon people the world over. We can’t honour BOTH! We can’t admire Chatoyer for taking us stand on our behalf and then turn around and hail those who trampled him.

We must CHOOSE; we either stand on our own two feet, our backbone straight, our head held high OR we cower back to the feet of our massa on our knees and let go of all pretence of self assertion and dignity. But woe to the traitors! For the youth is not the generation of Moses, which feared the giants in the Promised Land and wished to go back to Pharaoh. No, this generation is the Joshua generation. And they’ll leave you to die, wandering in the desert of your fears, cowardice and impotence!