Constable Orthwel O.B. John is charged with wounding and unlawful discharge of a firearm. (IWN photo)

A magistrate has disagreed with the counsel for a police officer charged with shooting and wounding a man in Penniston in June 2015 that his client acted in self-defence.

Instead, Chief Magistrate Rechanne Browne-Matthias on Tuesday ruled in favour of the prosecution who had argued that the police officer had shot the virtual complainant after losing a fight with him.

The prosecutor, Carl Williams, further told the court that where there were inconsistencies in the witnesses’ testimonies, these do not undermine the fundamental merits of the Crown’s case.

Browne-Matthias dismissed the no-case submission by defence counsel, Ronald “Ronnie” Marks, that the prosecution had not made out a case for his client, Police Constable Orthwel “O.B.” John of Vermont, to answer.

He is charged with wounding Kevin Neil of Penniston in Penniston on June 22, 2015.

John, who was attached to the Special Patrol Unit of the Police Force, is also charged with unlawful discharge of a firearm in Penniston on that same date.

He pleaded not guilty to the charges when they were brought against him in Dec. 29, 2015.

John, who has been a police officer for 16 years, has been suspended from duty on half pay, pending the outcome of the court proceedings.

After the prosecution called four witnesses earlier in the trial, Marks argued at the Serious Offences Court on Tuesday that the Crown had not made out a case.

He said the prosecution’s case is not a single one, adding that their four witnesses presented at least four versions of the incident.

He said the first material witness was the virtual complainant, Neil, who said in his examination-in-chief that he had an altercation with the defendant on the day that the Hope-Penniston Bridge was opened.

The altercation took place after Neil’s foot hit a wire as he was dancing, causing the music to stop — one of a number of times that the music had stopped that day.

Neil told the court that the defendant — a cop who was not on duty at the time — pushed him and he pushed back the defendant. Neil said that when the defendant was coming to push him again, he sidestepped the defendant and held him around the neck.

The two men were then engaged in a scuffle on the ground before other persons there separated them.

Marks argued that it was unjust to have the matter go any further, telling the court that Neil had said that he held the defendant in a chokehold from which the defendant could have gotten away at any time.

But during cross-examination, he said the defendant could not have gotten away at any time.

The defence counsel further told the court that the issue of self-defence arises from the prosecution’s case alone.

He further argued that the versions of the case presented by the prosecution’s four witnesses do not sufficiently overlap for the court to extract a single, coherent case, adding that failure to do so is fatal to the prosecution’s efforts.

“We are asking the court to carefully consider the evidence, not just those that I have presented, but there are more but time will not permit me to go through all of them and some of them are trivial, but they add up, they stack up,” Marks said in closing his argument.

“In the circumstances, Your Honour, we are asking the court to rule that upon the evidence so far adduced by the prosecution, the confusing and contradictory evidence, Your Honour, we ask that this matter ends here and that you rule that the defence has no case to answer,” Marks said. 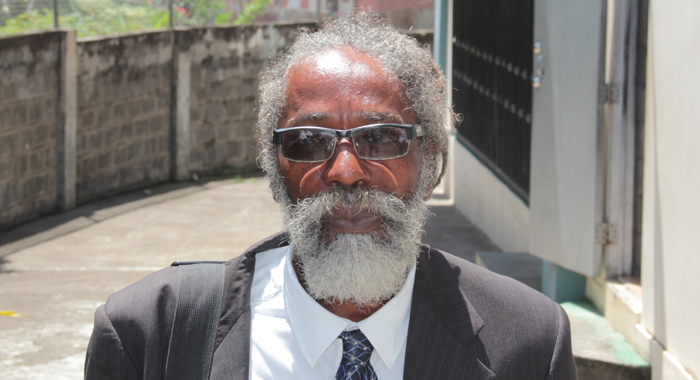 But in his submission, the prosecutor said self-defence does not arise in the case. He said that from the evidence of the prosecution witnesses, the defendant was not under attack when he shot Neil.

Williams said that Neil had told the court that after the altercation, they were separated and the defendant’s brother took him to one side, while Grantley Grant took Neil to another side.

“There is no inconsistency relevant to this,” the prosecutor said, adding that each witness who gave evidence said there was a scuffle, the defendant was held in a neck lock and persons who were there separated them.

The prosecutor noted that Grant gave evidence that the defendant came up from behind, pushed him away and shot Neil, adding that Neil gave that same evidence and it corroborated by a third witness, Avis Collis.

“Self-defence does not arise in this matter. The defendant was not under attack when he shot Kevin Neil,” the prosecutor said. “The defendant was more of a man retaliating because he lost a fight.”

In response to the defence’s claim that the prosecution’s evidence was confusing, Williams said: “Your Honour, I am certain that the evidence in this case does not confuse you in any way. It is a plain, straight case of a person committing an unlawful act because what he did, it could not be said that he was acting in self-defence.

He said that where there are inconsistencies, they were not at the level to confuse the magistrate or to be damning to the prosecution’s case.

Williams said that while the defence has said that Neil was drinking and smoking, no one is on trial for drinking or smoking.

“That is neither here nor there whether he was drunk or not. What is important to this case is how Neil was shot,” Williams said, adding that there is no dispute regarding who shot Neil. 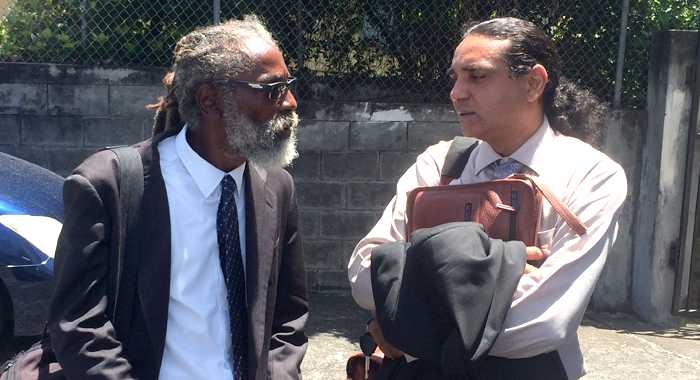 Williams said that the court heard evidence that the bullet was lodged in Neil’s upper thigh. He questioned how this was possible if John had drawn his pistol during a scuffle on the ground and shot Neil, as he claimed.

“Why is the shell found somewhere else — where the choking took place? The choking was at the shed, the shooting was at another place when (Neil) was on his way to go home,” Williams said, adding that this is supported by Grant’s evidence.

The prosecutor said that the wound is more consistent with the evidence that John had crouched and shot Neil, as the witnesses said.

Williams said that even if John were executing his duties as a police officer, he would still have had to bear in mind that he has to operate within the law.

“And if he shot someone in the exaction of his duties, he would still have to show that it was reasonable, that it was necessary for him to shoot someone,” Williams said, but noted that John was not executing his duties when he shot Neil, neither was he under a neck lock.

After the magistrate ruled in favour of the persecution, the defence applied for a witness summons for Chris Walsh of Vermont.

The trial continues on Thursday, Sept. 22

John had seemed convinced that the wounding charge against him would have concluded in his favour on Tuesday.

He came dressed in the tie of the Royal St. Vincent and the Grenadines Police Force, although he has been suspended from duty, pending the outcome of the court trial.

He, however, did not wear the tie during the court proceedings.