Man charged with stealing and carrying away Cane Hall resident 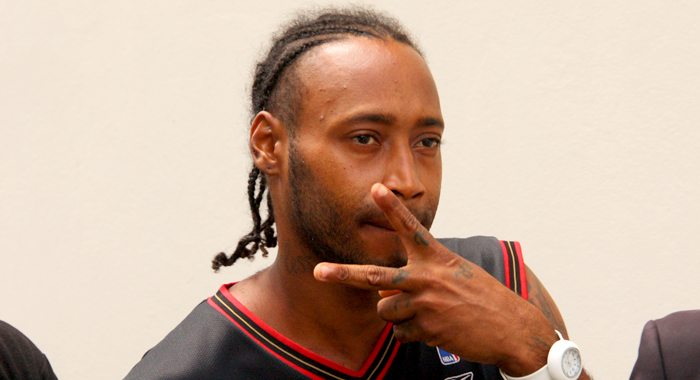 An Arnos Vale man returns to court on Jan. 17, 2017 to answer three charges, including robbery and kidnapping.

Alison Romano Lampkin of Cane Hall appeared at the Serious Offences Court in Kingstown on Friday where he was charged that on Sept. 25, 2016 at Arnos Vale he “stole and carried away Jamaire Lowmans of Cane Hall without his consent”, contrary to Section 200 of the Criminal Code.

He was also charged that on Sept. 25 at Arnos Vale “with the intent to commit the offence of murder on Jamaire Lowmans of Cane Hall, [he] did an act which more than merely preparatory to the commission of the offence”, contrary to Section 315(1) of the Criminal Code

Lampkin is further charged that on Sept. 25, 2016 at Arnos Vale, “being armed with a gun, [he] robbed Jamaire Lowmans of Cane Hall of EC$35 in cash, his property, and at the time of so doing and in order to do so, put the said Jamaire Lowmans in fear of being then and there subjected to force”, contrary to Section 216 of the criminal Code.

Adolphus Delplesche, senior prosecutor in the National Prosecution Service, did not object to bail, but asked that the court order Lampkin to surrender his travel documents, have no contact with the virtual complainant, and report to the police in his district at least twice per week, and that he must seek permission of the Serious Offences Court or a court of higher jurisdiction to leave the country.

Browne-Matthias granted the prosecutor’s requests, and set bail at EC$30,000. She also ordered Lampkin report to the Central Police Station in Kingstown Mondays and Thursdays between 6 a.m. and 6 p.m. and that stop notices be issued at ports of exit.