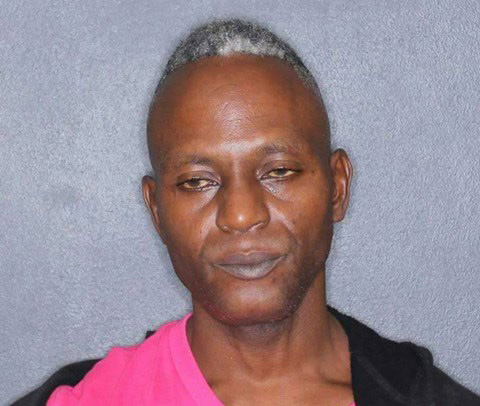 Martin James, one of the two men charged with the murder of the baby.

Police have charged two men with the shooting death of the 10-month-old baby who died after he and his parents were sprayed with bullets at their Glen home on Friday.

On Tuesday, Oct. 10, Martin James, a 45-year-old farmer, and Ricardo McFee, 29, a labourer, both of Villa, were charged jointly with the murder of the baby, Mozorie Lee.

Police have also charged the men with the attempted murder of the child’s parents, Shelly-Ann Durham, 27, a babysitter of Glen and Mozart Lee, 37, an audio technician, also of Glen.

Police say that baby Mozorie sustained gunshot wounds to his stomach when gunmen opened fire at his father’s shop near around 6:45 p.m. Friday.

He succumbed to his injuries at 7:50 p.m. at the Milton Cato Memorial Hospital.

Durham and Lee also sustained gunshot wounds during the attack.

Lee was shot in the upper chest and his girlfriend, Durham, in both arms.