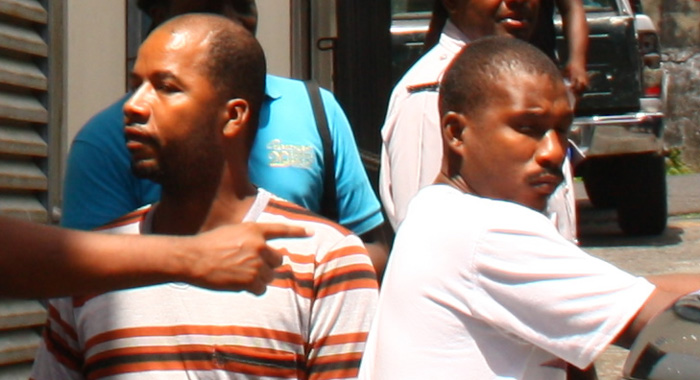 Petit Bordel residents Ezra Harry and Simeon Francois were each granted $40,000 bail with one surety when they appeared before the Serious Offences Court on Monday charged with attempted robbery, unlawful and malicious wounding and theft of a yacht captain.

Harry and Francois were arrested and charged following an attack aboard a yacht anchored at Chateaubelair Bay on the evening of Oct. 10.

They are accused of attempting to rob French national Andri Khoklou and unlawfully and maliciously wounding him.

The men are also accused of stealing a rowboat from Everod Young at Petit Bordel.

According to reports, Khoklou sustained injuries to his right arm during an attack after three men boarded his yacht around 7.30 p.m. that day.

Subsequently, the body of Petit Bordel resident Dalson Laborde was found floating on the waters at FitzHughes and a stolen rowboat with a cutlass inside was also recovered.

Harry and Francois were not required to plea to the indictable charges.

On the matter of bail, Senior Prosecutor Adolphus Delpesche did not object but asked for suitable surety and, as part of bail conditions, he asked that the accused men be ordered to surrender all travel documents, report twice weekly to the Chateaubelair Police Station and that stop orders against them be placed at all ports of exit in St. Vincent and the Grenadines.

Delpesche told the court that the offences were committed at night and he further requested a 7 p.m. to 6 a.m. curfew until the matters are disposed of before the court.

Harry and Francois are expected to reappear before the Serious Offences Court on Jan. 27, 2017, for the commencement of preliminary inquiries.