No decision yet on opposition’s request to sue election official 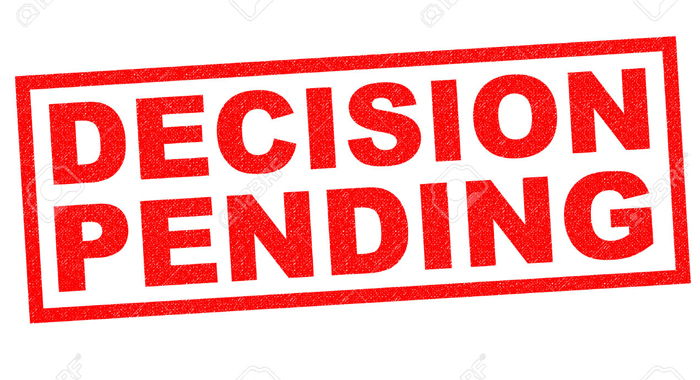 The main opposition New Democratic Party (NDP) is still awaiting a decision of the Director of Public Prosecutions regarding bringing a private criminal charge against an election official in Central Leeward.

Lawyers for the NDP have applied to Colin Williams for a fiat to allow them to bring private criminal charges against Winston Gaymes, the returning officer for Central Leeward.

The opposition says that Gaymes broke the election law in his conduct of his duties during the Dec. 9, 2015 election.

In giving an update on the NDP’s efforts to secure the fiat, lawyer Kay Bacchus-Baptiste told the media last week that she wrote to the DPP on June 26 requesting a fiat to institute private criminal complaints against Winston Gaymes.

“In this constituency, Mr. Winston Gaymes counted votes which, clearly, are not valid, according to the law, in that there was no official mark on the ballots,” Bacchus-Baptiste told reporters at a press conference in Layou.

“The law says that any election officer who wilfully counts any ballot paper as being cast for any candidate which he knows or has reasonable cause to believe was not validly cast for such a candidate is guilty of an offence and liable, on conviction on indictment to imprisonment for two years,” she said.

She pointed out that Gaymes swore to an affidavit filed as evidence in defence against a case that the NDP brought against election officials, that he knew that the ballots were not validly cast.

“He knew that they did not have the official mark, but yet he decided to count them. That’s a clear breach of the law…” Bacchus-Baptiste said.

She said she and the DPP exchanged letters in July.

He again wrote to her on Aug. 10.
“He asked for more information, which I responded to and then, finally on Oct. 5, he wrote saying, “There is a particular matter that I need counsel’s assistance with in evaluating and assessing this matter,” Bacchus-Baptiste told reported.

Bacchus-Baptiste said the DPP referred to section 40(f) of the Representation of the People Act, saying he would be “grateful if you can indicate just what is the mischief that you think this session is intended to cure. Also, would you say that a person in committing and offence in breach of this section would have acted (a) fraudulently, (b) corruptly, or, (c) both fraudulently and corruptly or (d) in some other manner other than corruptly or fraudulently.”

Bacchus-Baptiste said she responded on Oct. 18, saying that rule 41(a) stipulates that any ballot paper which does not bear the official mark shall, subject to that rule, be void and not counted.

Bacchus-Baptiste referred to paragraph 16 of Gaymes’ affidavit filed in the other election matter, in which he said he was minded to reject the ballot.

“This makes it clear that Mr. Gaymes deliberately and wilfully decided to count votes that he knew did not bear the official mark. Please issue the fiat.”

The lawyer said she is awaiting the DPP’s response.