Adoptions to resume in St. Vincent 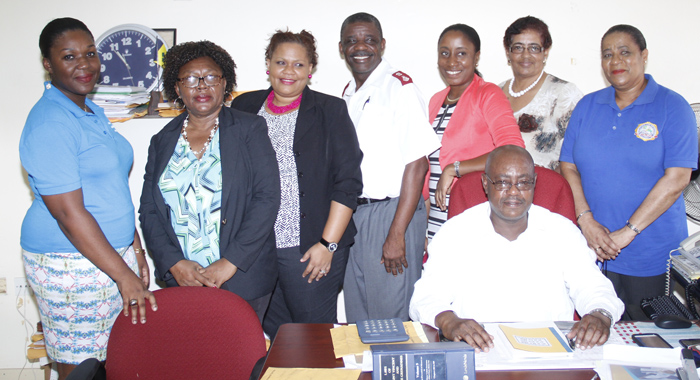 After a 16-month break, St. Vincent and the Grenadines (SVG) is set to assume adoption as soon as two remaining members of the Adoption Committee are sworn in.

Seven members of the committee took the oath of secrecy during a press conference hosted by Minister of National Mobilisation, Frederick Stephenson, in Kingstown on Friday.

Stephenson noted that the Adoption Committee is a mandatory provision of the Children (Care and Adoption) Act 2010.

The suspension of adoption in SVG got the attention of the extra-regional media, with a news report out of the United States last week reporting on the story of an American couple who was paying a Vincentian family to take care of a child they are hoping to adopt, while waiting or the board to be sworn in.

According to the law, only the Adoption Committee may place a child for adoption in SVG.

A natural parent of a child or other person having the custody of a child may, in a manner which may be determined by the Adoption Committee, select a single person or a couple with whom he or she wishes to have his or her child place for adoption as a prospective adopter or adopters, the law says.

However, the Adoption Committee may only place a child for adoption with a prospective adopter if the committee is satisfied that the child ought to be placed for adoption.

Further, the Family Court or the High Court must approve the Adoption Committee’s decisions.

At Friday’s press conference, Stephenson addressed the delay in installing the Adoption Committee.

“You may ask why we stayed so long with the Adoption Committee and the new procedures. But we had to do new regulations to make it compatible with this act and those things were timely. We had to carefully put the necessary procedures and the training in place for the [completeness] of the act. I don’t think the act is too late,” he said.

“The last time we had adoption done, I think was in July last year and we had to make sure that we crossed all the t’s and dotted all the i’s so that when we send out children out [by] reason of adoption, that we are not sanctioned, as if we are involved in the trafficking of persons. So we have to be careful and put all the necessary practices and procedures in place,” Stephenson told the media.

He said the court will help to reduce the chances of a child falling victim of human trafficking.

The minister said he had heard of some of the reportage about the absence of an adoption committee in SVG, but the said the hiatus began in July 2015 when his government was trying to put the committee in place.

“We had to do the safeguards, we had to make the regulations as to how adoption matters are dealt with. As a sovereign nation, we have to do all in our power to ensure that when persons come to adopt the children of our nation, we know where our children are going and we understand the circumstances in which they are going, because we do not want at the end of the day that we are reported under the Trafficking in Persons Act. We have to be very careful. It is a matter of importance. The children of our nation are important to us.”

Members of the committee told the media that fewer than 10 adoption applications are pending and there are about 15 annually.

All adoptions by non-Vincentians must be done via an established agency.

Stephenson said he looks forward to the pending application being processed before Christmas, but noted that this will depend on the workload of the court.

He said his ministry has established a Child Protection Unit to deal with child abuse, kinship care, foster care, in transit care and adoption.

Seven member of the Adoption Committee took the oath of secrecy during the press conference.

The Deputy Registrar of the High Court administered the oaths.

Kezron Walters, representing the Attorney General Chambers was overseas on official business and Sister Nyra Ann Payotte of St. benedict’s Day Nursery, was not present to take the oath on Friday, and Stephenson said they will be administered at a later date.

One reply on “Adoptions to resume in St. Vincent”