‘He who is silent is taken to agree’ 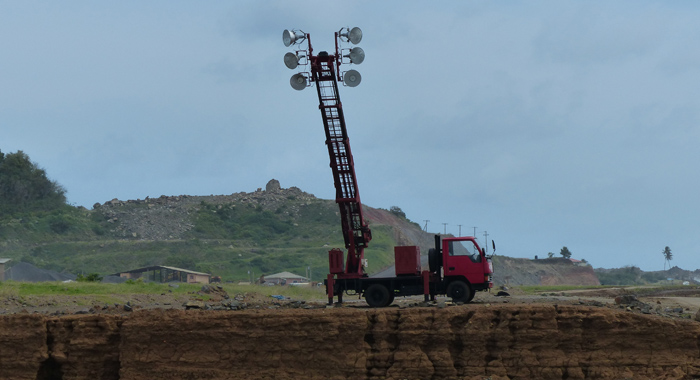 Three weeks ago, I wrote a piece that appeared on iWitness News and Caribbean News Now, in which I pointedly accused the Prime Minister of willfully deceiving the people. A very serious charge, indeed. Impeachable, I suggested. Cybercrime crimeable from the sound of it but nothing came of it. Well at least, not yet.

One response to the piece caught my fancy — which is why I am here. It was penned by the shoot-the-messenger nom de plume, “Vinciman.” If I was to write what he wrote, I’d use a nom de plume too. To be fair, efforts to contact Vinciman for this piece were not made.

My piece consisted of 1,728 words. It contained hyperlinks and citations. Vinciman, with his rancid wit, made two responses. That sort of thing is easy to do on the internet where anyone can say anything. The first was: “Boy Patrick de yello’ fello’, ‘no wuk fo you n yo truck, so you vek en bussinnuff f*k’.” Spare and sweeping. And the second, the same: “I say again without refrain. Patrick aint get no wuk so he say ‘Argyle go to f*k’! That’s what I say!” I didn’t buss no f-k — that time — but people like Vinciman are not going to take the truth lying down. Of my 1,728 words, he did not choose a single one to tackle. Hiding behind a nom de plume is risk-free and he can merrily write his twaddle because he does not have to worry about discovery.

Consensus is assumed to exist until there is voiced disagreement. That is, silence means assent. He who is silent is taken to agree. By his refrain, Vinciman spoke his conclusions: that I am right; that the Prime Minister intentionally lied to the people of St. Vincent and the Grenadines. Poor PM. Vinciman not only did not offer a word of dissent to profit his client, he traitored Ralph. If he disagreed with what I said, then the onus was on him to say so. He didn’t. And he can ask his lawyer-politician hero about “Silence procedure”. Comrade, boy, your disloyal quisling abandoned you and left you on your own.

The bigot did not like the message and took perverse delight in his sole option: shoot the messenger. As is his wont. His nom de plume became his nom de guerre. Listen one more time to his bull-headed rant: “Boy Patrick de yello’ fello’, ‘no wuk fo you n yo truck, so you vek en bussinnuff f*k’.” A mere 17 words, yet it highlights the worst of government’s policy over their 16-year reign. The cornerstone; the mainstay of their universe: toe the line or else.

Under the ULP government, whether or not you choose, they brand you “yellow” or “red.” You are one or the other. Say anything positive about the party and you are blessed. That is, you’re “red.” Say against and you will be as good as exiled to the yellow box. And there are no second chances. I said against and by the time the apologist reached his fourth word, he branded me “yello”. Vinciman is a student of party doctrines and hankers for its approval. It matters not that my opinions are right and sound; evidenced by his lack of dispute. It is my pitch that he examines.

I much prefer where he went with the next 13 words. It is the will to ingratiate yourself that makes successful political parties. There is no higher motive involved. And to that end, the government donate jobs to the denizens based on — and for — party support. This is demonstrated good by “Speckie” who has posted his CV in plain view on “his” ULP equipment to guarantee tenure.

In his last 13 words, after he done put me in the yellow box, he is saying that I am not in the ULP’s loop and was not entitled to airport “wuk.” And that is why I “vek” and cussing. Vinciman is working hard to be in the swim. He is working for approval. Let us accept his hypothesis. Then the proposition that follows is that, had the boys given me a container to haul to Argyle, it would have shut up I. I wonder what the formula is for jobs donated and length of silence bought? In other words, would one container to Argyle buy my silence for one month? Two months? A year’s worth of sweeping the truth under the carpet? From his no wuk to vex proposition, it follows, too, that the red light truck must have the ULP most pleased.

Far more pertinent is this: during the period of silence does it mean that the Prime Minister did not deceive the people? Hardly. Maybe by the formula, when the time of silence is running out, they would top me up for more silence with a nex container? Is that how government job does work?

I am stupefied by Vinciman’s inane response. It doan have no principle, back or forward of it, and it is entitled to no respect; which is reason enough to hide behind a nom de plume. Still, the ULP can count their blessings that they have so many graduates of the education revolution working hard — selflessly, no doubt — to be in the swim, and keeping the party successful and well-headed for five inna row. I borrowed that gem from C. ben-David.

The following is an excerpt from an essay George Orwell wrote back in 1945.

”The point is that the relative freedom which we enjoy depends of public opinion. The law is no protection. Governments make laws, but whether they are carried out, and how the police behave, depends on the general temper in the country. If large numbers of people are interested in freedom of speech, there will be freedom of speech, even if the law forbids it; if public opinion is sluggish, inconvenient minorities will be persecuted, even if laws exist to protect them.”

If the propagandist and his small horde of marksmen could shoot enough messengers, and let the Cybercrime Bill and the threat of it, even, take care of the rest, then public opinion would indeed be sluggish. I could help the great Mr Orwell with a better word than “sluggish” for what we got ya. Shut up and we’d be surrendering to the “speech Nazis,” offering ourselves up for persecution. A la their bête noir, Dougie D.

They got more than one and two and three Vinciman (I listened to a higher level one in a brief discourse on Caribbean New Now recently) but is like they does sen the sycophantic gofer after I. That does only shows how inconsequential I-man is to them.

Somebody suggested that Vinciman’s “yello” also meant yellow in complexion. I didn’t think that he was racist but after his obsequious attack, it is clear that he’d stoop however low it takes to win points. Wha fa do?