Women fight off attacker during night of killing spree 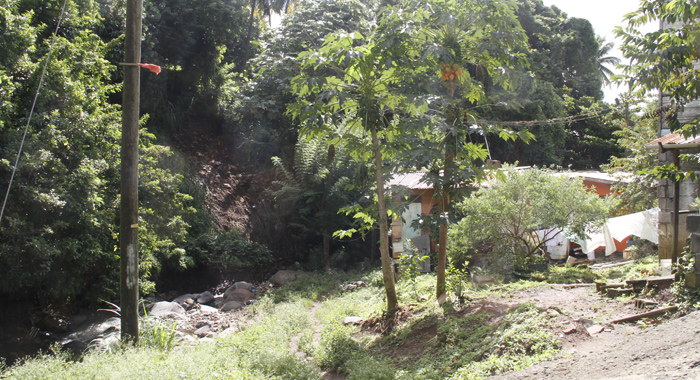 The general area of Dasent Cottage where the house is located.

A woman whose family fought off a knife-wielding intruder into their home Sunday night is thankful that they escaped without any major injuries, even as four other persons were murdered in similar incidents that same night.

Evena Edwards, 50, of Dasent Cottage, said she had fallen asleep in her living room and had forgotten to secure the main entry to the house.

Edward said she felt as if she was dreaming but still answered the teenager, who told her that a man was inside her bedroom.

She said she called to her daughter who lives in another section of the compound.

As the intruder heard Edwards’ daughter approaching, he ran to the front door of the house and began stabbing at her with the knife.

Edwards told iWitness News that her daughter used one of her arms to shield herself while using a broomstick to beat the intruder.

She said her daughter sustained a small cut during the incident, but beat the intruder until the broomstick broke into pieces.

The intruder had left a bag outside of the house, Edwards said.

“He took up the bag as if he was going to return. Maybe it is the good God who talked to him. He just took his bag and ran go across there,” she said, point to the river nearby.

Edwards told iWitness News that they were so shaken up that they didn’t have the presence of mind to call the police immediately and did so sometime after 1 a.m.

She said that the light was on inside the house as she and her grandsons, ages 7 and 4 years old, had fallen asleep in the living room.

Edwards, who said she is 5 feet 3 inches tall, told iWitness News that the intruder was not much taller than her.

She said she found out sometime around 9 a.m. Monday that three persons had been killed in their homes — including two in Dasent Cottage — and another murdered at the roadside Sunday night.

“Then is when I get real frighten and thing,” Edwards told iWitness News.

“I give God all the praise and everything. I say it was the blessing of God. God’s blessing was on us. I was asleep,” she said.

He, however, had a black, striped jersey over his head.

She told iWitness News that her niece said the intruder did not have the jersey on his head all the time, but had put it down on a bag next to the bed where she (the niece) was sleeping.

Her niece told her that after she raised the alarm, the intruder put the jersey over his head and pull out the knife out of his waist.

She said she did not know the intruder at all.

Edwards’ said she sometimes goes to her niece’s bedroom to check on her and would fix her clothes or cover her with a sheet when she is sleeping.

The 16-year old female told iWitness News that when she felt the person touch her, she thought it was Edwards, but still looked to make sure, at which time she saw the intruder.

The intruder then started to wrestle with the teenager.

“But she is a little tyrant by herself. She started to fight back with him,” Edwards said.

She said her niece told her that she had been trying to cry for help but the intruder covered her mouth and only released his grip after she cuffed him.

Police say that the description that Edwards and her household gave of the intruder fits that of Jurani Baptiste, 18, of Sandy Bay, who they say they believe killed the four persons in Campden Park, Old Montrose and Kingstown Park Sunday night.

Teen suspected of 4 murders seems to have mental health problems