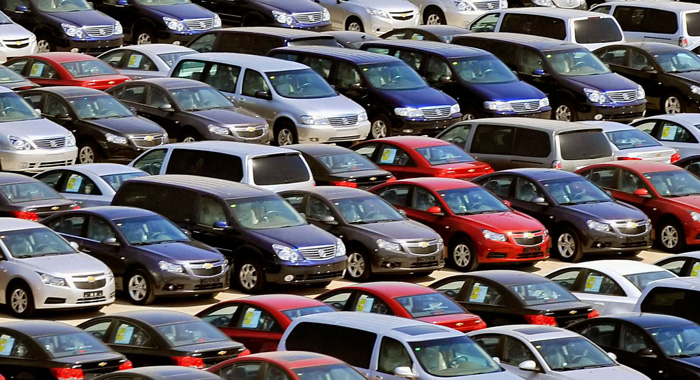 The government of St, Vincent and the Grenadines is considering options for reducing the number of older vehicle imported into the country.

“Currently, there is a discussion before Cabinet regarding whether the government should increase the extent of the environmental levy on vehicles over 4 years old or reduce the number of years to, say, three,” Prime Minister Ralph Gonsalves told a press conference on Monday at which he said the budget for 2017 will be presented to Parliament in January.

“There are all sorts of things like that because there is some consideration of that,” Gonsalves said in response to a question about reducing emissions in the country.

The prime minister, however, said there are other critical areas for addressing environmental issues, saying that geothermal and solar energy are critical.

SVG is expected to commission its first geothermal power plant in 2018 and already produces about 20 per cent of its electricity using hydropower.

“So I don’t want it to [be said] that we focus just on the vehicles. There are other environmental issues away from climate change, such as the Styrofoam materials and so on and so forth,” said Gonsalves, who led a delegation to the high-level segment of the global climate change talks in Morocco this month.

“I am hoping that we will see one or two other things coming, emerging in the budget to address a number of things connected to what you are talking about,” said Gonsalves, who is also Minister of Finance, regarding emissions reduction.

“I know that people hear about any increase in the environmental levy for vehicles they will say no increase, it is difficult already. And I understand that. But sometimes, what we are doing is this: we are not giving duty-free concessions on vehicles, like those which are transporting school children beyond a particular age,” he said, adding that his government recently rejected an application for import duty waiver for a 15-year-old bus to transport students.

“These vehicles which are very old, the emissions can be terrible and it is just simply a question of driving behind them with the smoke that comes from some of them. They are real problems,” said Gonsalves, who told reporters that the government suggested that the importer buys a new vehicle, which he did.

“So we all have to be sensitive about these things. This is the only piece of rock that we have and we all have to try and do the best we can. Of course, the bulk of the problems come to us from outside, in terms of global warming, which affect us adversely, but I agree with you, we have to do whatever little bit we can for ourselves,” he said.