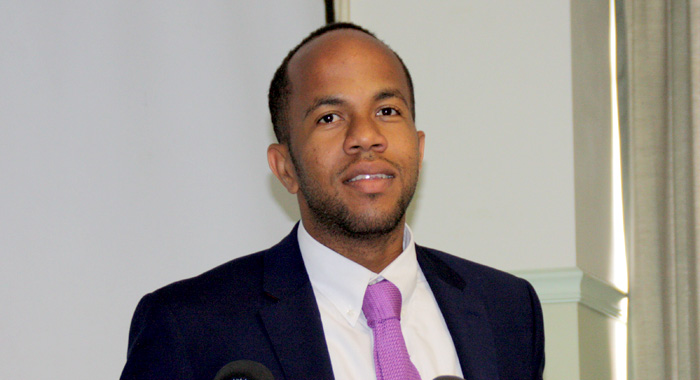 Minister of Health, Sen. Luke Browne, has used his own family as an example as he made a point about the pervasiveness of mental illness.

Speaking on Tuesday at a ceremony to re-open the refurbished Mental Health Centre in Glen, Browne said that the problem of mental health rehabilitation is important and touches everyone.

“I am sure that everyone here knows someone who has grappled with these sorts of challenges,” he said and pointed out that the Pan-American Health Organisation says  that one four people in the Americas experiences mental illness and or substance abuse disorder in their lifetime.

“That is a high ratio,” he said, adding that he has an older sister who has been dealing with mental health challenges for almost all her life.

“At 50 years old, she continues to face those problems greatly with resolute determination and with all the help as necessary from this very important institution,” Browne said and told the audience that he has a longstanding appreciation for the role that a mental health centre plays in any society.

“And I am happy to play a role in helping to strengthen it.”

He noted that the Mental Health Centre is sometimes, derogatorily, called “mental home” or “the crazy house”.

“… this name suggests long-term residence. This is a misconception. I’d like to make the point that it is actually meant to be a mental or psychiatric hospital where patients are treated and discharged in a manner akin to what happens with the Milton Cato Memorial Hospital.”

Browne said that the whole idea is that after treatment the patient should be allowed to return to their home and community environment as soon as possible and carry on their lives.

He said that it must be made abundantly clear that mental health patients are people too.

“They are not inmates or prisoners. This is not the site of their incarceration. This is a treatment centre. This is where we help them solve their problems so that they can go on and live as normal a life as possible in their homes and communities.”

He said the reopening of the substantially upgraded mental health rehabilitation centre is an important development in the delivery of mental health services in St. Vincent and the Grenadines.

The centre was upgraded at a cost of   EC$4 million as part of a much broader European Union-financed project for the modernisation of the health sector.

“This project and its magnitude says a lot about the premium this government places on looking after a segment of our population that is often neglected even though it has the greatest need for compassion and care,” Browne said.

He said research suggests that the Mental Health Centre was first built in 1938.

“From all reports, the centre is now in supreme condition. Some people who already had the good fortune to go inside said there is a palatial bearing to some of its quarters and wards. And they say that in the quality of its internal finishings, it excels some of our most luxurious hotels and resorts. In the spirit of the recent royal visit, I won’t be surprised then if this place were soon dubbed the royal palace of mental health rehabilitation,” Browne said to some laughter.

“This is all the more plausible since the name Diana [Bailey], which is carried by the senior nursing officer in charge out here has a regal ring to it.”

During the renovation of the permanent facility, the mental hospital was located in Orange Hill.

“Today is not just about a return to a renovated building. The implications are much more far reaching. Today marks the date of our entry into a new age of mental health care,” Browne said.

He said the renovated building, for all its majesty, will be but an empty shell without the staff who breathe into it the breath of life, adding that the staff serves the patients and the nation by the execution of their daily tasks.

Browne said that in this “new age” of mental health care, there will be legislative reform.

A new mental health act to replace the 1989 law will be on the legislative agenda for 2017.

He said the current law is clearly outmoded and is badly out of sync with the upgraded centre.

The draft of the revision is before the Attorney General.

“We are determined that our laws on this subject must be relevant to the times and consistent with our human rights obligations,” Browne said.