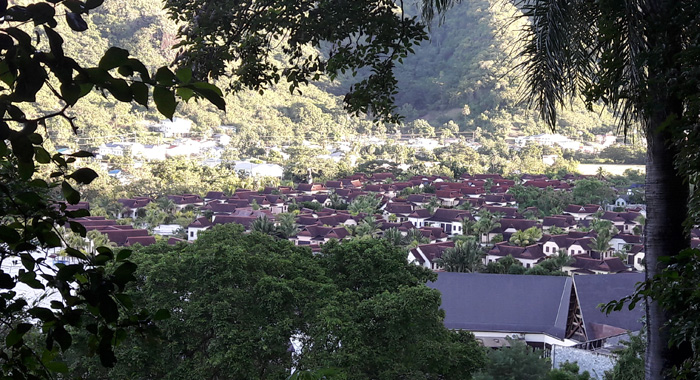 The Canadian investors building a resort at Mt Wynne-Peter’s Hope say they would bid for Buccament Bay Resort, which has been closed since December 2015 after its electricity was disconnected for non-payment.

But PACE Developments would have to compete against the government of St. Vincent and the Grenadines, as Prime Minister Ralph Gonsalves says that his government would also bid if the Harlequin-owned resort goes up for sale.

Buccament Bay Resort closed after months of intermittent strikes by workers over the non-payment of wages.

The closure came six months after director of Harlequin, Dave Ames, fled St. Vincent and the Grenadines as prosecutors closed in on him on tax evasion and theft charges.

Joseph Romano of PACE Developments said on Boom FM on Thursday that he doesn’t know the owners of Buccament Bay Resort.

He, however, added: “But if you are not in that business and you don’t know how to manage it properly and develop it and build it property, any business could fail under the right circumstances. I don’t know the details of why it failed but I still think there’s a great opportunity if it’s sitting there …”

Romano said PACE would be “absolutely” interested in the project and “have expressed it in an indirect and informal way” to the government.

“I didn’t get an official response. However, I think there are a lot of legal technicalities in the foreclosure or bankruptcy. I am not sure what’s going on but when that gets cleared up, I’m definitely going to put a bid in for it,” said Romano, a lawyer.

He said he has already got word from redtag.ca — a vacation package company in Canada — that they would “immediately fill Buccament Bay up…

“Like starting as soon as we can get it,” he said.

Speaking at Thursday’s ceremony, which Romano also attended, Prime Minister Ralph Gonsalves said that two entities — one out of Barbados and “a very global brand out of Spain” — are interested in Buccament Bay Resort.

“But one thing I will tell you, the government of St, Vincent and the Grenadines will not allow Buccama Resort to go to waste,” Gonsalves said.

“And if there is a sale consequent upon bankruptcy proceedings, expect the government of St. Vincent and the Grenadines to be in the mix. But, of course, if they have investors, there is a settlement outside of that and it proceeds and you have new operation managers, etc., etc., perfectly in order,” the prime minister said.

During Wednesday’s radio appearance, Romano said that PACE has the concepts but the engineering and architectural designs are being developed for the resort.

He said he thinks that opposition to the project is “based on misinformation and gossip.

“I don’t think that this is a bad project for the Vincentian people or the country. I think it is a great development opportunity for everyone.”

Romano said that his company is putting in millions of dollars of infrastructure at the site.

“… it’s not like being a builder. The developer assumes the risk of preparing the property of development and that’s on us and that’s expensive. And that’s part of what our disagreement was about the price. It should have been a little lower but the government was very firm and they did an excellent job representing the Vincentian people.”

Romano said his company will be building “very high-end villas” and said he has no approximate figure of how much they will be sold for, but added that they will be less than US$2 million that was quoted to him by the programme’s host.

Ellsworth John, Kingstown’s Ambassador to Cuba, who lobbied PACE to invest in St. Vincent, was also on the radio programme and said the Gonsalves government has said to the developers that the villas should be priced so that Vincentians can use them.

“We have 65 persons who are on a list who have been qualified by us for 50 villas. There’s so much interest. And we haven’t advertised,” he said, adding that there is “no real criteria” for qualification, “just clean criminal background for foreigners and proof of funds, and that’s it”.