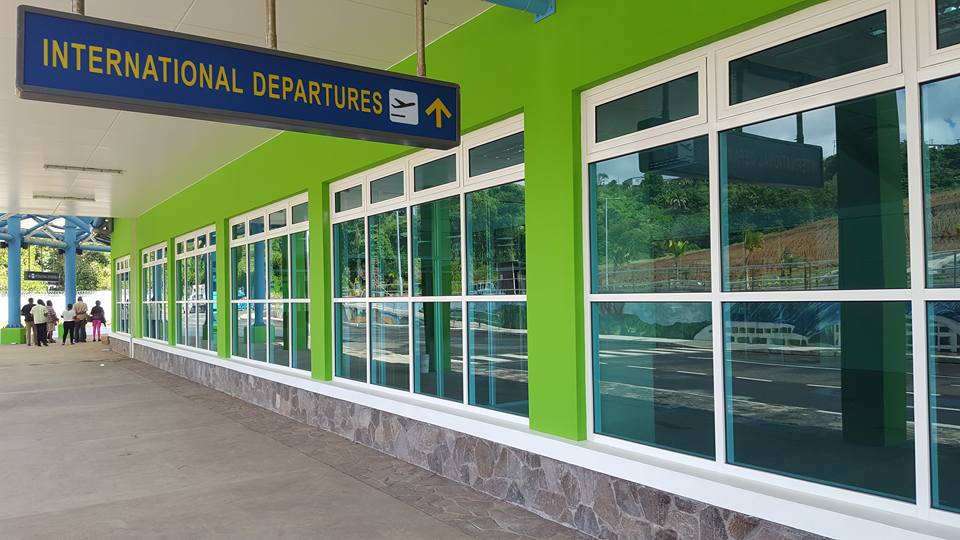 The regional civil aviation authority has granted permission for the operation of Argyle International Airport, beginning on Feb. 14.

Prime Minister Ralph Gonsalves told a press conference in Kingstown on Monday that permanent secretary with responsibility for civil aviation, Godfred Pompey, has given him a letter to this effect, from the director general of the Eastern Caribbean Civil Aviation Authority.

“Authorisation is hereby granted for the commencement of operation at the Argyle International Airport from 00:01 a.m. on the 14th of February 2017,” Gonsalves quoted the letter as saying.

Gonsalves, who also has ministerial responsibility for civil aviation matters, said he has been advised that LIAT would wish to move their aircraft to Argyle on the night of Feb. 13, after their last flight into E.T. Joshua Airport.

The regional carrier, of which St. Vincent and the Grenadines is a shareholder, would like to park their aircraft at Argyle so that the first set of passengers would depart from there on Feb. 14th.

Gonsalves said he was informed that if that is the case, LIAT would be given the specific authorisation “so to proceed”.

“I don’t want you to, if LIAT, for instance, decides that they don’t want to keep the planes there overnight, don’t put my neck under the guillotine,” he told reporters and media audiences.

“I can only tell you what I have been advised is the plan,” said Gonsalves, who is chair of LIAT’s shareholder government, which also include Antigua and Barbuda, Barbados, and Dominica.

“There are persons who think that while you are dealing with these matters, in the final analysis you have to be precise, but there might be a particular decision that might be fluid, for one reason or the other,” he said.

Gonsalves said that Pompey has also told him that on Tuesday at 10 a.m., there will be a full operations test of facilities at the new airport to determine if there are any problems that need to be resolved before the opening.

There will be a further test on Feb. 4 of all emergency systems, such as fire, Coast Guard, the National Emergency Management Organisation –“everybody,” Gonsalves said.

He said opening an airport is not like building the Leeward Bus Terminal — a facility built by his government a decade ago — and moving people out.

“There are a lot of things,” he said, adding that he sometimes shakes his head when he listens to what people say about the process of making the airport operational.

The prime minister said he expects that at the appropriate time, Glen Beache, head of the Tourism Authority, would give all the up to date information about the flights into the airport on Feb. 14.

Gonsalves, however, said he has been told that “matters are satisfactory in train and the appropriate announcements would be made, hopefully, on a timely basis”.

The EC$729 million airport will begin operation six years behind schedule. The government has said that two international charters would land at the airport on Feb. 14.