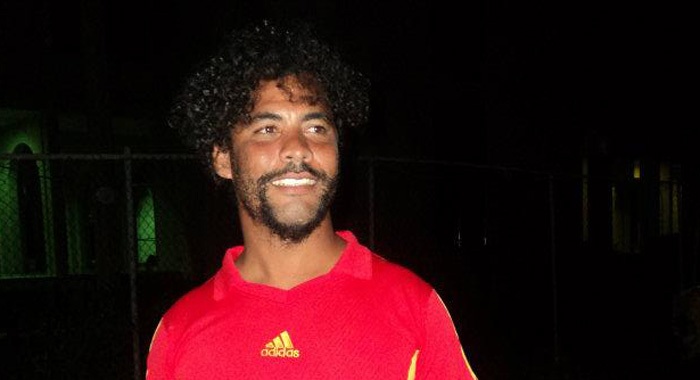 Representatives of carnival mas bands in St. Vincent and the Grenadines on Jan. 10 re-elected Raguette to the post at their triennial conference.

He retained the post, which he has held for more than a decade, by taking 18 votes to the 6 cast for Sean Steele.

Raguette was re-elected although he is under suspended prison sentences for two counts of impersonation, handed down last October, even as he was fined on two other counts of defrauding the U.S. Embassy in Barbados.

“You look at it as he has committed two criminal offences. Everybody has their highs and their lows at some point in life,” Collis said.

“The man has been charged, yes, for fraud, but fraud to help people, poor people of this society, our society to obtain visa by way of just signing a thing to say [such and such a person] has an account at [such and such an organization] or he has a letter to say that he works at a particular business place,” he told iWitness News.

In October, Ragguette pleaded guilty to the charges, ending a secret criminal career in which he defrauded the United States of America embassy in Bridgetown, Barbados for over 30 years.

He did so by preparing fraudulent documents to support applications for visa to enter the United States.

“Yes, it’s wrong,” Collis told iWitness News. “Signing that is wrong but to help the people who went out there to better their livelihoods to send back money to help our economy here and their children and their children’s children here in St. Vincent and the Grenadines, that is the fact that alyo’ (you all are) missing,” he further said in Ragguette’s defence.

“I supported his re-election; I voted for Ragguette,” Collis told iWitness News, adding, “I am confident in his leadership because what he does in his personal life does not affect our decision that we make in the CDC (Carnival Development Corporation) or the body of CDC.”

In January, one of Ragguette’s critics told iWitness News that his re-election might affect mas bands’ ability to attract sponsorship.

Asked to respond to this, Collis told iWitness News that the best sponsors of his band have been businesses owned by the Boyeas, including Kentucky Fried Chicken and the former Aunt Jobe’s Supermarket.

“He is competent at what he does,” Collis said of Ragguette.