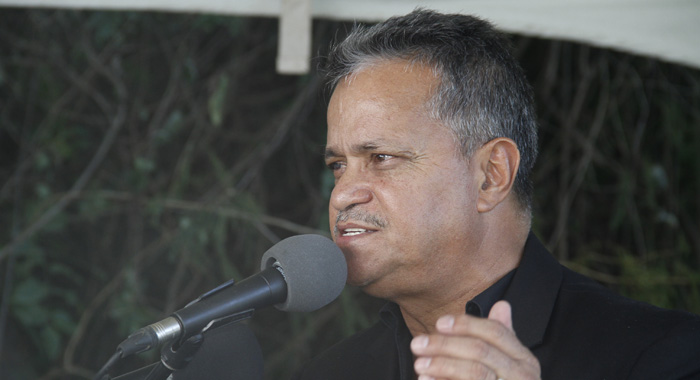 The Guyanese businessman who will bring a chartered Dynamic Airways flight to St. Vincent for the Feb. 14 opening of the Argyle International Airport has defended his company amidst reports that someone is giving his employees cocaine to ship out of Guyana.

“We have a system where we screen all of our staff. From time to time, there are members of the staff that could be enticed and when we find them, they are put in the hands of the police and they are fired,” Gerald Gouveia, manager of Roraima Airways told iWitness News on Saturday.

“And I think the last incident we had, during the investigation, we identified one of the young people and we put them in the hand of the police and fired them,” he said.

While Roraima owns small aircraft that it uses for charter operations in Guyana and to other Caribbean countries, the company also charters Dynamic Airways, another charter airline that owns 767 jets to travel between New York and Guyana.

Gouveia, who is planning to set up a Roraima Airways hub at Argyle International Airport, says he will land a chartered Dynamic Airways flight from New York at Argyle on Feb. 14 before the flight goes to Guyana.

An EasySky flight that Gouveia is chartering from Cuba to Guyana will also make a stop at Argyle on Feb. 14.

In a Feb. 24, 2016 commentary titled “Someone is giving cocaine to Gerry Gouveia’s employees”, Guyanese commentator Freddie Kissoon pointed out that in 2012, a Roraima Airways security officer was charged with cocaine found among food items to be used on the plane.

“As a result of that, Mr. Gouveia set up a private committee to investigate the flaws in the system that allowed the Roraima employee to stash the drugs in the food,” Kissoon said.

The committee, which was headed by Guyanese parliamentarian and lawyer, James Bond, presented their findings to Gouveia on Oct. 8, 2012.

However, in February 2016, the police were looking for another Roraima security staff member who is on the run after American drug officials found cocaine on a Dynamic Airways flight at JFK Airport.

Three customs officers were charged in connection with that find.

“From what is reported, the customs officials admitted they were bribed. Someone is giving Gerry Gouveia’s employees cocaine to ship out. And it would seem that the recommendations handed in to Gouveia by the Guyanese 007 have not worked,” Kissoon wrote.

“There has been no mass cocaine on Dynamic… There might have been one or two, but this is no cocaine flight. But people always try to get it on these planes, it happens all over the world, but we have aviation security system…”