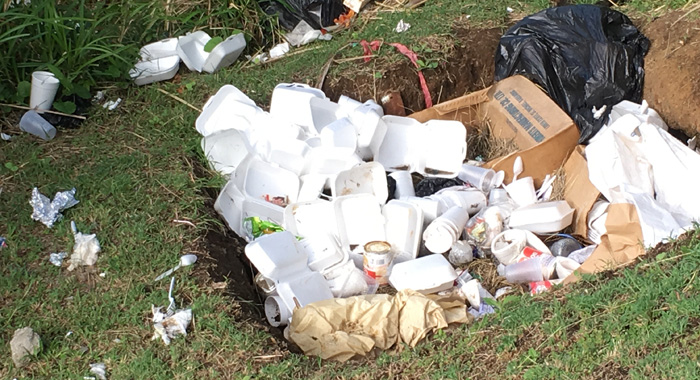 Styrofoam can pose an environmental as well as health risk. (iWN photo)

St. Vincent and the Grenadines will as of May 1, 2017 ban the importation of Styrofoam products.

Prime Minister Ralph Gonsalves made the announcement in Parliament on Monday as he delivered the Budget Address.

Gonsalves, who is also Minister of Finance, also announced the removal of Value Added Taxes on biodegradable packaging and food containers.

“This measure is intended to lower the costs of these environmentally positive substitutes for plastics, including Styrofoam, and reduce the adverse effects that plastics have on our environment,” he said.

Over 100 U.S., Canadian, European, and Asian cities, have banned the use of Styrofoam containers

The Story of Stuff Projects explains some of the problems with Styrofoam, including the fact that it does not biodegrade.

“It may break into small pieces, even minuscule pieces. But the smaller EPS gets, the harder it is to clean up.”

Styrofoam is made of fossil fuels and synthetic chemicals, which may leach if they come in contact with hot, greasy or acidic food.

“Yes, they keep your coffee hot — but they may also add an unwanted dose of toxins to your drink,” the Story of Stuff Project said.

Turtles and fish seem to mistake expanded polystyrene foam for food, and that can kill them. Not only can they not digest it, but the foam could be full of poisons that it has absorbed from contaminants floating in the water.