The media’s take on the opening of Argyle Airport 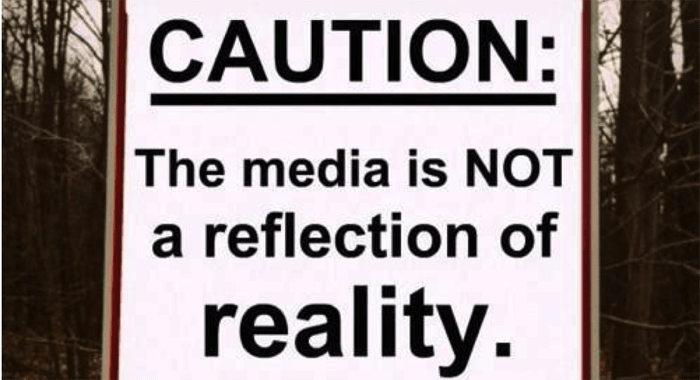 In its Friday, Jan. 27, 2017 staff editorial, The Vincentian newspaper opined that:

“The [Argyle] international airport promises to position this country as a truly competitive tourist market.”

Not a shred of evidence supporting this “promise” is offered except that “aviation connects the world” and that the global aviation industry supported, “… 1.7 million jobs and accounted for $37 billion in GDP in small island states around the world.”

In the field of Western logic, a mode of reasoning antithetical to our African-based, pre-rational system of argumentation, this is called the “ecological fallacy,” an interpretive error that assumes there is no difference between a whole class of items and individual members of that class. In this case, the Vincentian assumes what is true of the entire global aviation industry must be true of each its individual airports.

The Vincentian wants us to believe that because global aviation generally has earned a lot of money and secured a lot of jobs for many small island states around the world, it is bound to do so for St. Vincent Island (SVI) as well. This is equivalent to saying that because a given government is corrupt – not this one, of course — so must everyone who is part of it.

A rhetorical error also informs the word “promises” which is based on a false appeal to emotion called “wishful thinking” (suggesting a claim is true because you strongly hope it is true).

The newspaper also has little understanding of the term “truly competitive” which they conflate with “guaranteeing economic growth.” What could be “truly competitive” about a rush to the cutthroat market bottom by opening an international airport in a destination with so few premier tourist features in a tropical region awash with truly first-class attractions on nearby islands easily accessed via four underused international airports (Canouan, Barbados, St. Lucia, and Grenada)? The Vincentian needs to understand when the supply of services goes up in the absence of growing demand, prices and/or profits are bound to fall.

The official The Vincentian position was underscored by its longest-serving editorial writer, Dr. Kenneth John, who proclaimed in his Feb. 3, 2017 column, “The fact is that we need such an airport [AIA], as everybody knows …,” committing two logical fallacies — “appeal to self-evident truth” and “argumentum ad populum” — with these few words.

Similar criticisms can be levelled against a second local newspaper. In its Friday, Jan. 6, 2017 staff editorial, Searchlight agreed with the government position that, “… the imminent opening of the Argyle International Airport (AIA) will be of significant benefit [another example of wishful thinking] to the Vincentian economy” but only if, “… all Vincentians, both home and abroad, engage their imagination and intellect to create and exploit opportunities in a global economy of which we form just a tiny percentage. Our new airport would surely lock us in more firmly to the international economy [more wishful thinking].”

These high sounding and patriotic words, reminiscent of John F. Kennedy’s famous statement, “Ask not what your country can do for you; ask what you can do for your country” in his 1961 presidential inauguration speech, are both patriarchal and arrogant: our masters in government have “given” us an airport over which we never had a say but now we, its servants, are responsible for making it a success.

As Nobel prize laureate in economics, Milton Friedman, wrote of the Kennedy phrase:

“To the free man, the country is the collection of individuals who compose it, not over and above them…. The free man will ask neither what his country can do for him nor what he can do for his country. He will ask rather ‘What can I and my compatriots do through government” to help us achieve our several goals and purposes, and above all, to protect our freedom?’ … And he will accompany this question with another: “How can we keep the government we create from becoming a ‘Frankenstein’ that will destroy the very freedom we establish it to protect”” (Capitalism and Freedom)?

These words apply more strongly to politically-tribalised SVG in 2017 than to the United States where they were published in 1962, as the total politicisation of the airport project from start to finish by a ruling regime that more than any before has erased the distinction between party and government clearly shows.

Louis XIV of France is reputed to have proclaimed, “L’Etat, c’est moi” (“I am the State”). In little SVG, the State is the Unity Labour Party (ULP). Since both the ULP and all branches of government are ruled over with an iron fist by the Prime Minister, this means that “L’Etat, c’est le Comarade.”

Among the many signs proving this is how any opposition to or criticism of the ULP/State conceived, built, and operated AIA is deemed not only unpatriotic but as a treasonous act demanding state punishment. As one party fanatic with the pen name “Dave from Toronto,” parroting denunciations by many others before and since, wrote responding to my questioning of airlifting produce overseas (http://www.iwnsvg.com/2017/01/13/new-airport-will-create-important-opportunity-for-farmers-fishers/ ):

“… you hate SVG so much…. I doubt that you are a real vincy…. Maybe, the Ministry of National Security might want to keep an eye on you. I’m sure there is some provisions for treasonous writing...”.

Like “Dave from Toronto”, the Searchlight editorial implies that Vincentians, both at home and abroad, who refuse to “… engage their imagination and intellect to create and exploit opportunities in a global economy ….” would be responsible for the failure of AIA to achieve its potential. This view is wrongheaded not only for repudiating Friedman’s notion of personal freedom in a democracy but because it ignores the countless efforts of generations of Vincentians, both here and in the diaspora, to invest resources in their homeland, sometimes with great success but more often with abject failure. This not only reflects the bankruptcy of most startup businesses around the world but the paucity of viable investment opportunities in a country that “forms just a tiny percentage” of the world’s population, size, and productivity, the eventual result being that, “Our new airport would surely lock us in more firmly” in a debtor’s prison of no escape.

This is because underpinning both the Searchlight and The Vincentian editorial positions is that SVI has great economic potential that AIA is bound to unleash, a baseless assumption contradicted by an absence of valuable exportable resources and sluggish and uneven growth since the decline of sugar cane revenues in the mid-19th century.

If we have so much potential for development, why have so many of our people had to flee overseas to better themselves wherever and whenever migration opportunities have been available?

If we have so much potential for development, why are we never able to actualize it save for short periods of time?

If we have so much potential for development, why are we still a have-not, hand-to-mouth country?

If we have so much potential for development, why do so many of the foreign investors turn out to be crooks and scamps?

This is the 45th in a series of essays on the folly of having built Argyle International Airport.