Before dying in car crash, student thanked mother for love and care 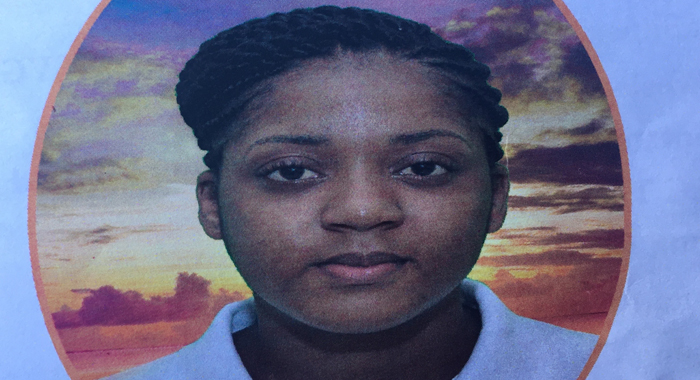 Carianne Lebrabra Padmore was one of three Vincentian students who died in the accident. (iWN photo)

At least one of the three Vincentian students killed in the car crash in Barbados on Jan. 29 had taken advantage of recent opportunities to thank her mother for her nurture and care.

In the eulogy for18-year-old Carianne Lebrabra Padmore of New Prospect, delivered at her funeral in that village on Saturday, it was revealed that in December 2016, Padmore often told her mother, Heslyn Padmore-Codougan, that she couldn’t wait to finish school so she could take care of her.

“With all that you have done for me, how can I possibly fail,” Hailes Castello, Padmore’s uncle, said in the eulogy, written by her sister, Antonia Nash.

Padmore and two of her schoolmates, Aziza Awanna Dennie, 19, of Redemption Sharpes and Danee Deverey Horne, 18, of Questelles, died when the car in which they were travelling was involved in an accident with a van.

The trio, along with fellow St. Vincent and the Grenadines Community College students, Kemelius Boyea, 19, of Chateaubelair and Darren Renaldo Daniel, 18, of Campden Park, who survived the accident, were in Barbados for an internship as part of their studies.

Barbadian, Andre Jabarry Gittens, 23, who was driving the car in which they Vincentians were travelling, also died in the accident.

In the eulogy, Castello said that on Dec. 31, 2016, Padmore told her mother, “Mommy, I really appreciate you and I am very grateful for everything you have given me in life. I really love you, mom. Everyone is seeing my potential. I am working faster now and I did a few orders by myself. Everyone enjoys working with me and I met my mentor today.”

Castello said Padmore was described as a “spiritually inclined” person who found comfort in the Lord while attending secondary school.  She gave her life to him and was a role model to the youth and was nominated president of the youth group at her church.

Castello said that Padmore aspired to be a professional chef and business owner and doing her own accounting.

Castello said these are not things that one would hear from young people today.

He said Padmore was not a lover of parties or fancy clothing, but preferred to save and encourage her mother to do the same.

Sheila Robinson, one of her lecturers at the SVGCC, described her as “a gem,” Castello said.

“I looked forward to reading her assignments, whether they were theoretical or practical, specially practical. She always went above and beyond what was expected of her. She was a perfectionist by nature. One of her quotations was ‘the only stumbling block I fear is failure’. I never heard her shout in class. She would get upset with her classmates because she was human, but this was usually short-lived as she had a forgiving nature. This is greatly missed at this time, specifically as we were all awaiting her return to help in the final practical.”

In her personal tribute, delivered as part of the eulogy, Nash said her sister, who she described as a bold-eyed, shy and compassionate beauty, stole the hearts of many.

Nash said Padmore loved and respected her family and she was looking forward to helping her with her report on her return from Barbados, where she had gone to do an internship.

“What I would give to have the opportunity to work on one more, just one more assignment with her or to braid her hair just one more time. I wouldn’t dare fuss. She was my confidante, my advisor, the mature little sister who would give me advice as though she was an adult.”

Nash said she would like everyone to take an example from her sister’s life.

“Her death shows us how easy life can be taken from us. Today, you are here and tomorrow you are gone. Live each day as though it were your last.”